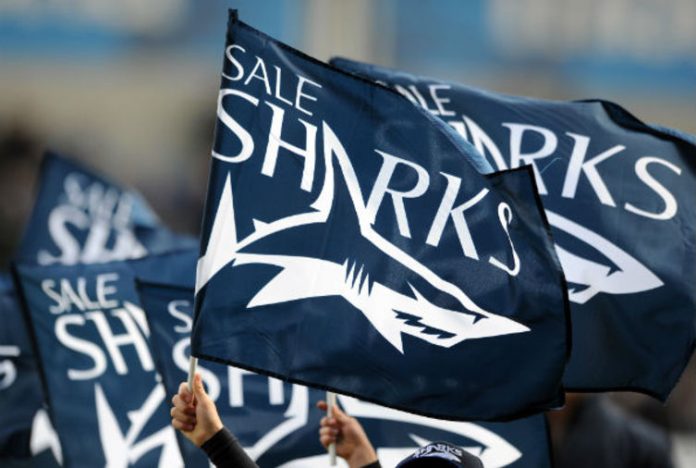 Sale Sharks’ away shirt for the 2017/2018 season will feature the iconic worker bee in memory of the victims of the Manchester terror attack.

The Manchester-based rugby club kicks off their Aviva Premiership campaign this Friday away to last season’s beaten finalists Wasps.

The worker bee – which represents the industrial heritage of Manchester and was adopted into the city’s coat of arms in 1842 – will join the logos of corporate partners Together, Litmos, Morson and headline sponsor UKFast on the shirt.

Seashell Trust – a Manchester charity that provides a creative, happy and secure environment for children and young adults with complex and severe learning disabilities – will also feature on the away shirt between the shoulders throughout this season.

Sale Sharks Director of Rugby Steve Diamond said the presence of the bee will bring an already tight knit squad closer together.

Sharks’ charge up the Premiership table checked by Saracens