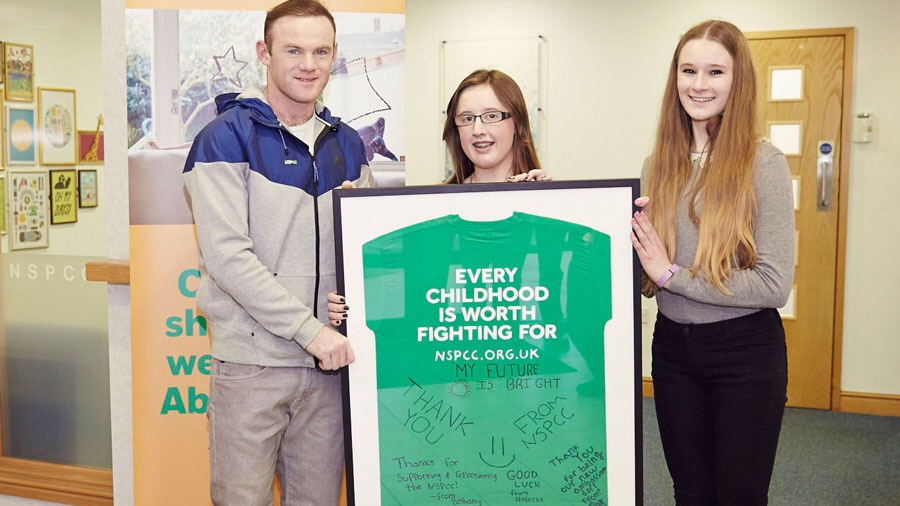 Wayne Rooney has been appointed as the NSPCC’s first ever Ambassador for Childhood.
The Manchester United and England captain joins the leading children’s charity fighting to end child abuse in the UK and Channel Islands.
They help children who have been abused to rebuild their lives, protect those at risk, and find the best ways of preventing abuse from ever happening.

Peter Wanless, the NSPCC CEO said on the appointment “Wayne Rooney will help us reach more children and families than ever before. We’re delighted to have Wayne on our team.”

While Rooney commented: “Being a dad of two young boys changes your perspective on everything. You never stop learning as a parent. It can be tough, and some parents need that bit of extra support.

“I’ve spent time with NSPCC staff and volunteers in Manchester… I heard amazing stories of the children and families they help. I met so many passionate people… I came away feeling that I just wanted to help.”

England and Manchester United captain, has agreed to become