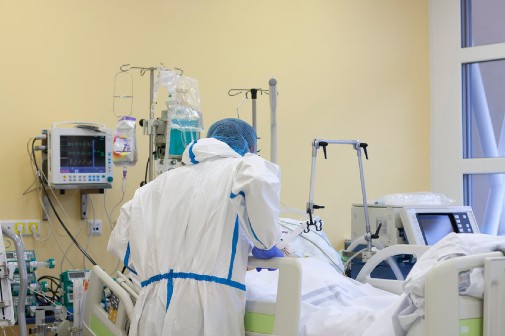 The risk of severe illness and death from COVID-19, is extremely low in children and teenagers, new research shows.

The study – led by researchers including those from the University of York, UCL, Imperial College London and the Universities of Bristol and Liverpool – also found that catching COVID-19 increases the likelihood of serious illness in those with pre-existing medical conditions and severe disabilities.

The findings will be submitted to the UK’s Joint Committee on Vaccination and Immunisation (JCVI), the Department for Health and Social Care (DHSC)and the World Health Organisation (WHO), to inform vaccine and shielding policy for the under-18s.

The findings were released from three studies which analysed health data.

One study found that 251 young people aged under 18 in England were admitted to intensive care with Covid-19 during the first year of the pandemic (until the end of February 2021).

The researchers, seeking to determine absolute risk, said this equated to young people of that age group in England having a one in approximately 50,000 chance of being admitted to intensive care with Covid-19 during that time.

Looking separately at PIMS-TS*, a rare inflammatory syndrome in children caused by Covid-19, the researchers found that 309 young people were admitted to intensive care with this condition – equating to an absolute risk of one in 38,911.

Researchers also concluded after looking at data for England, that 25 children and young people had died as a result of Covid-19, equating to an absolute risk of death from Covid-19 of one in 481,000, or approximately two in a million.

Professor Fraser said: “It’s important to remember that the risks are very low for all children and young people. Even when we found higher risks for some groups with severe medical problems, these risks were still very small compared to risks seen in adults.”

Senior author on two of the studies, Professor Russell Viner from University College London added: “Those young people at higher risk are those who are also at higher risk from any winter virus or other illness – that is, young people with multiple health conditions and complex disabilities. Covid-19 does however increase the risks for people in these groups to a higher degree than for illnesses such as influenza (seasonal flu).

“Our new findings are important as they will inform shielding guidance for young people as well as decisions about the vaccination of teenagers and children, not just in the UK but internationally.”

Teenagers whose parents smoke are four times more likely to take it up themselves,...