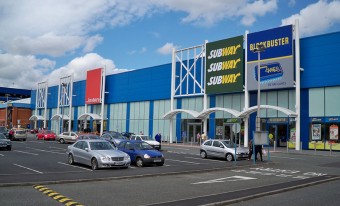 A suspicious item found at Ashton Retail Park is what is believed to be a replica grenade.

Police were called to reports that a suspicious item had been found at the Barnardos shop.

Emergency services and bomb disposal officers attended and a number of shops were evacuated as a precautionary measure.

Bomb disposal officers established it was not a genuine device and it has been taken away from the scene.

Inspector Paul Smith of GMP’s Tameside Borough, said: “I’m pleased to say the situation is now over and it is business as usual.

“We responded quickly and effectively to negate any threat to people in the local area but thanks to an assessment by bomb disposal officers, I can confirm the device found was not genuine and did not pose any risk to people’s safety.

“Thank you to everyone in the area for their patience and understanding as we responded to the report.”