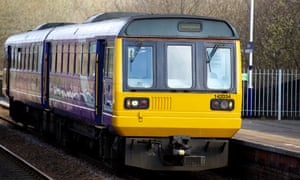 The Mayors of Greater Manchester,Leeds and Sheffield have written to Northern Rail, demanding fares are cut on routes still using Pacers.

Andy Burnham,Judith Blake and Dan Jarvis have demanded a meeting within a week after it has become clear that the North’s major train operator will not be taking all the 40 year old trains out of service by the end of the year as planned due to delays in the delivery of new units.

The ageing units, say the Mayors, are systematic of the North-South divide

The letter asks Northern to commit to reducing fares on those routes on which Pacer trains remain in operation, until the trains are replaced with upgraded trains next year.

Pacer trains were introduced in the early 1980s, originally as a short-term solution to a lack of rolling stock. However, they remain in service on many routes in the North and, despite pledges that all units would be retired by the end of this year, Northern has admitted they will still be running on a small number of routes – including in the Sheffield City Region – into 2020.

The leaders state in their letter that retaining Pacer trains in the North “underlines the widening disparity between transport investment in the North, compared to the South.”

Since the Northern Powerhouse was introduced by Government in 2014, transport spending has gone up twice as much in London as in the North.

This latest news comes after, last week, Transport Secretary Grant Shapps told the Transport Select Committee that the first steps had been taken towards renationalising the Northern rail network, due to the numbers of late and cancelled trains.

North West’s Childline Glamour of Manchester is coming to town