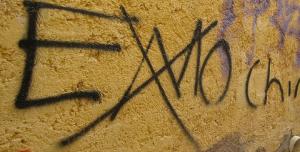 The number of hate crimes reported to Greater Manchester police goes up by a fifth, with more than 1,000 reports of racially or religiously aggravated crimes in the three months following the EU referendum.

Figures released this morning, show that the problem is a national one  with more than 14,000 hate crimes were recorded between July and September.

The Metropolitan Police in London recorded the highest number of hates crimes, with 3,356 in that period, while Greater Manchester and West Yorkshire Police recorded 1,033 and 1,013 respectively.

Union calls for slow handclap to protest against 1 per cent pay rise for...