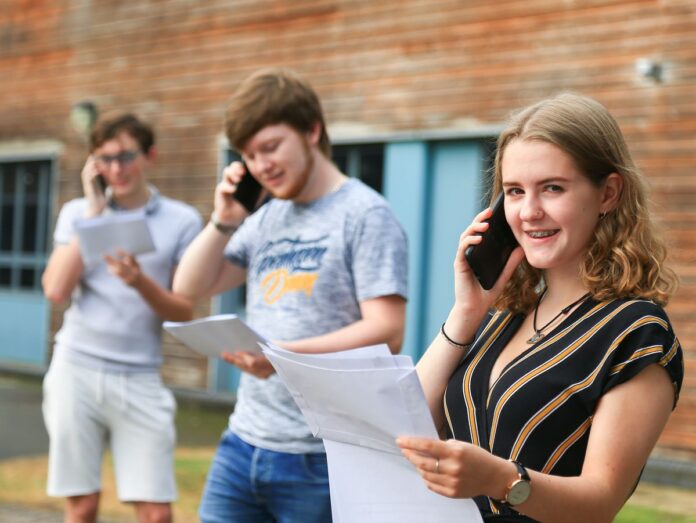 Figures out this morning show the proportion of A-level entries awarded an A grade or higher has risen to an all-time high.

It comes after exams were axed for the second year in a row and grades were teacher assessed.

The data shows girls performed better than boys at the top grades, while female maths students overtook boys for the first time in the number of A* grades achieved.

And the number of entries which received an A* grade this year has surged to 19.1%, the highest proportion since the top grade was first introduced in 2010.

Meanwhile a total of 245,330 18-year-old students from across the UK have been accepted on to degree courses, UCAS figures show.

This is an increase of 17% on the same point last year.

Earlier Education Secretary Gavin William says using teacher-assessed grades this year was “fair and right” on the system and students.

He also insisted grades had been awarded on a “rigorous” basis, adding that despite the disruption to education “they have still achieved so very much and employers can have real confidence in the grades that they get”.