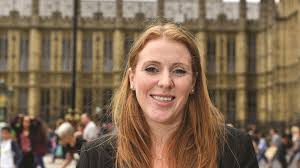 The next Labour Government will create a National Education Service, a cradle-to-grave system supporting everyone throughout their lives.

That was the pledge made at the Labour Conference today by Angela Rayner,Shadow Education Minister and Greater Manchester MP.

Rayner tipped by some as a future leader and of whom John McDonnell has said, will be the “Nye Bevan of the Corbyn government.”also pledged to restore the cuts that have been made to Sure Start centres under the Conservative and previous coalition government.

Research from the party released today revealed that since 2012, £437 million pounds has been cut from Sure Start, Raynor promised to restore that funding under a new Labour Government.

“When I became pregnant at sixteen, it was easy to think that the direction of my life, and that of my young son, was already set. My mum had a difficult life, and so did I, and it looked like my son would simply have the same.Instead, the last Labour Government, through support of my local Sure Start centre, transformed my son’s childhood, and made sure that his life would not have to be as hard as mine had been. So when I say that politics changes lives, I say it as someone whose own life was changed.”