Conservationists at Chester Zoo have successfully hatched one of the world’s rarest bird species in a bid to prevent its extinction.

The two precious red-billed curassow chicks hatched after their eggs were carefully incubated for 30 days by the zoo’s team of bird experts.

Fewer than 200 red-billed curassows now remain in the wild and the species is on the verge of becoming extinct – a result of deforestation and hunting in its native Brazil. The birds are listed as endangered by the International Union for the Conservation of Nature (IUCN).

Chester Zoo is currently the only zoo in the UK to care for the species and conservationists say the two new arrivals will play a vital role in a global conservation-breeding programme that is working to prevent the extinction of the species.

Andrew Owen, Curator of Birds at the zoo, said:

“This is such a significant moment for us, and for the species. When we saw that the parents had produced eggs we were overjoyed, but we quickly noticed that the female wasn’t sitting on them and, with the birds being so rare, we just couldn’t take any chances. We stepped in and decided to artificially incubate them ourselves. Once hatched, we carefully returned the chicks to the parent birds for rearing and they were quickly welcomed back into the family. It’s been great to use our avicultural experience to hatch the eggs and wonderful to see the parent birds rear their chicks naturally – a technique which may help in the conservation of this species in the future, and an incredible achievement the whole team who we’re very proud of.

“On hatching, the plum-sized chicks weigh just 100g, but they’ll grow to be 3.5kg, around the same size as a turkey, after just one year. That’s why in their native Brazil they’ve been hunted for meat by local people and feral dogs. They, like many other bird species, are declining due to habitat loss, forest fragmentation and deforestation.

“These magnificent birds are on the verge of becoming extinct in the wild, with estimates of less than 200 left in the wild. For that reason, these two chicks are very important additions to the global population and the conservation efforts to help save this unique species from extinction.” 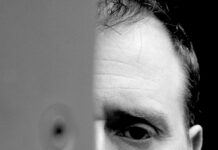 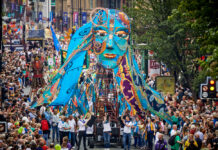