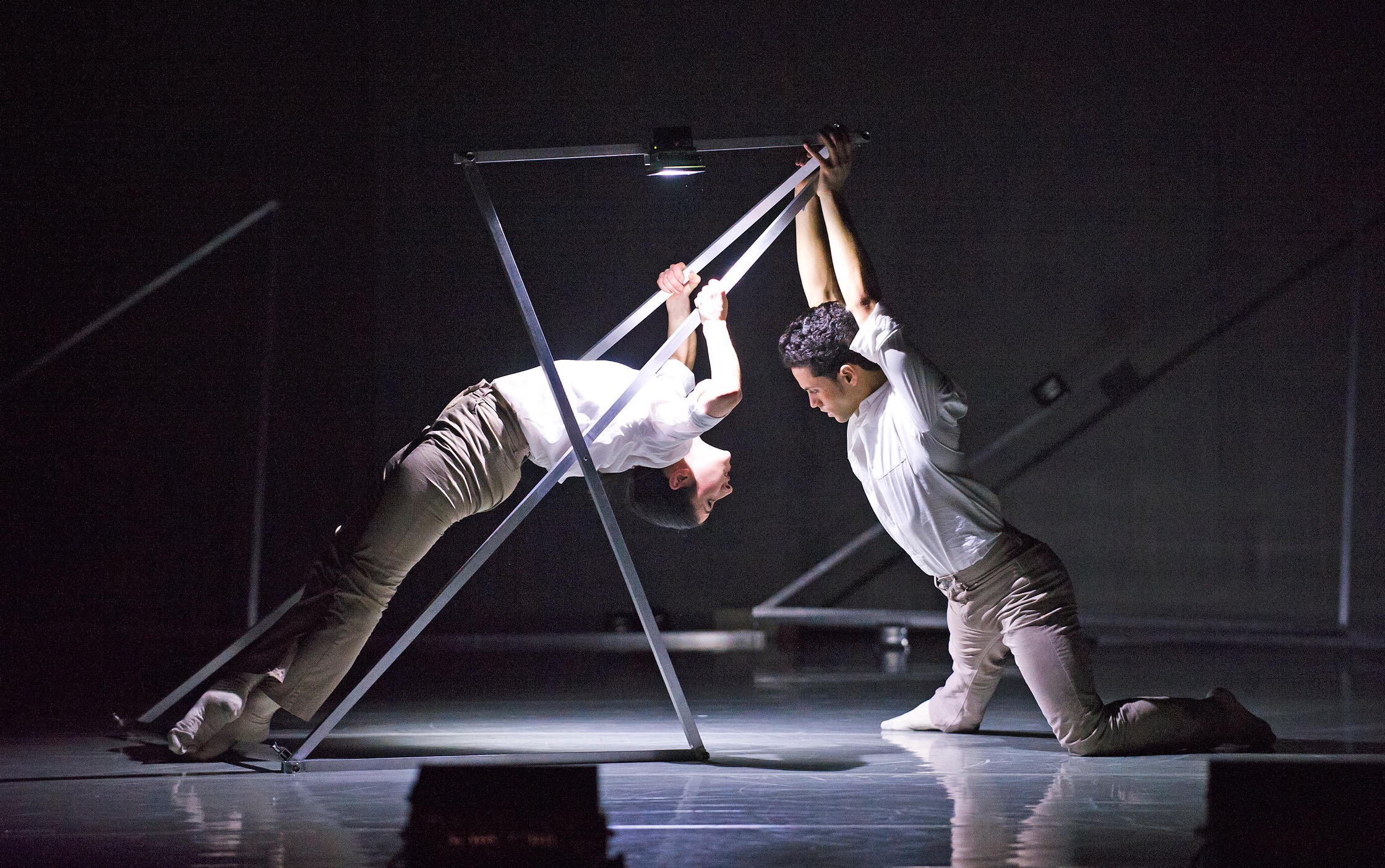 Britain’s national dance company, Rambert, returns to The Lowry this autumn with the world premiere of Flight, a new work by Malgorzata Dzierzon, and a major exhibition, Perpetual Movement.

The exhibition is part of Rambert at 90 – a nationwide programme marking the company’s 90th anniversary. Five international artists will explore the convergences between visual art and dance, taking inspiration from Rambert’s Archive and Dame Marie Rambert’s call for “perpetual movement” – ceaseless change in the search for new art and ideas.

Performances of Frames (by Alexander Whitley) and A Linha Curva (by Itzik Galili) complete the three-day dance programme (Wednesday 28 – Friday 30 September), with the exhibition opening a month later, on Saturday 29 October, and running until Sunday 26 February 2017.

Flight is Dzierzon’s first work for the company and features 16 dancers depicting the emotional experience of migrants leaving one home to find another. Created in the atmosphere of Brexit Britain, the work is performed on a constantly evolving set featuring moving panels and multimedia projections.

Whitley’s Frames is an inventive and visually arresting piece with twelve performers skilfully manipulating 70 interlocking metal bars to form shapes, structures and spaces which, quite literally, frame their dancing in a different light. Galili’s A Linha Curva, meanwhile, features some 26 dancers and four percussionists in a high-octane, percussion-fuelled work based on Latin American rhythms and movements.

Katie Paterson, whose solo Syzygy exhibition closes at The Lowry on Sat 21 August, will also feature in the line-up, with her work Candle (from Earth into a Black Hole). Perpetual Movement is co-curated by Rambert and The Lowry and supported by the Heritage Lottery Fund.

Julia Fawcett OBE, chief executive of The Lowry, said: “Opportunities to bring the worlds of performance and visual art closer together are The Lowry’s raison d’etre. Showcasing the beauty of Rambert’s work in our gallery – on top of the performances they will bring to our stage – is a real treat.

“I am particularly looking forward to the performance element of Goshka Macuga’s work – which I think will be an absolute showstopper for visitors to the gallery.”

Flight is a new work by Malgorzata Dzierzon, which reflects on ideas of migration and borders. Sixteen dancers depict the emotional experience of migrants leaving one home to find another against a mobile set and multimedia projections by Luke Halls. The work is accompanied by compositions from Somei Satoh and Kate Whitley with costume designs by JaneJaney and lighting designs by Paul Koegan.

Frames is an inventive and visually arresting piece by Alexander Whitley. Twelve performers skilfully manipulate 70 interlocking metal bars, forming shapes, structures and spaces which, quite literally, frame their dancing in a different light. The piece is created in collaboration with visual artists Revital Cohen and Tuur Van Balen, with music by Icelandic composer Daníel Bjarnason and lighting by Lee Curran.

Twenty six dancers and four percussionists perform this high-octane, percussion-fuelled work based on Latin American rhythms and movements. First performed by Rambert in 2009, A Linha Curva was nominated for Best Modern Choreography prize in National Dance Awards 2009 and Best New Dance Production in the 2010 Olivier Awards. The work is restaged in 2016 by Mikaela Polley; choreographer Itzik Galili also designed the set, costumes and lighting, and the music is by Percossa.

Manchester Dark, Manchester Light – The Inspiration Behind The Night Brother