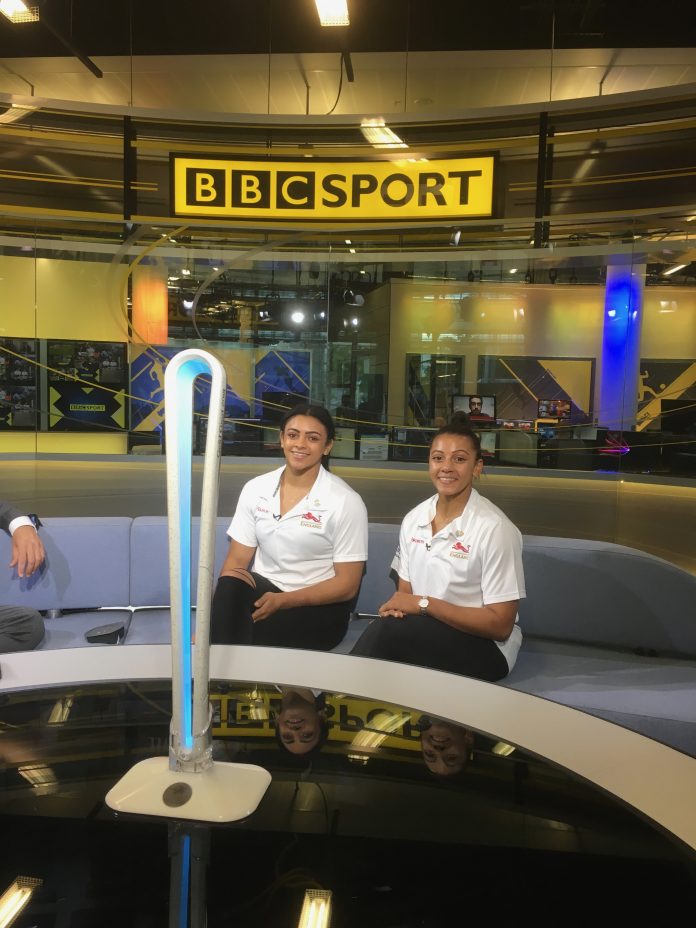 The Queen’s Baton visited Manchester last Friday as it continued its tour of England ahead of the 2018 Commonwealth Games.

The Baton was joined by English gymnastics stars Ellie and Rebecca Downie at MediaCityUK, Salford in the morning, where it was also joined by England Basketball stars Georgia Jones and Dominique Allen who offered a ‘come and try’ session on a special basketball court at MediaCityUK.

It then took a trip to Old Trafford Cricket Stadium for the Lancashire Lightning V Birmingham Bears T20 Blast fixture where it proudly undertook  a lap of honour before the match and supporters attending the fixture at Emirates Old Trafford on Friday will have the opportunity to get up close and personal with the baton at the Kukri marquee.

The Baton was parachuted into England on Wednesday morning in Oxford, and has visited London, Buckinghamshire and Leamington Spa before heading to Manchester.

Commonwealth gymnastics champion Rebecca Downie said:
“It’s been really exciting to see the Queen’s Baton today in Manchester. The Baton is so unique, with all of its different features and how it brings everyone together. It’s starting to feel very real now.

“I am looking forward to getting back from this injury, and hopefully make the English team. Once we get there, I think that with our team, it’s going to be a successful Games for us. I can’t wait to get out there and get as many medals as we can.”

Plans submitted for apartments and commercial space on Rochdale Road