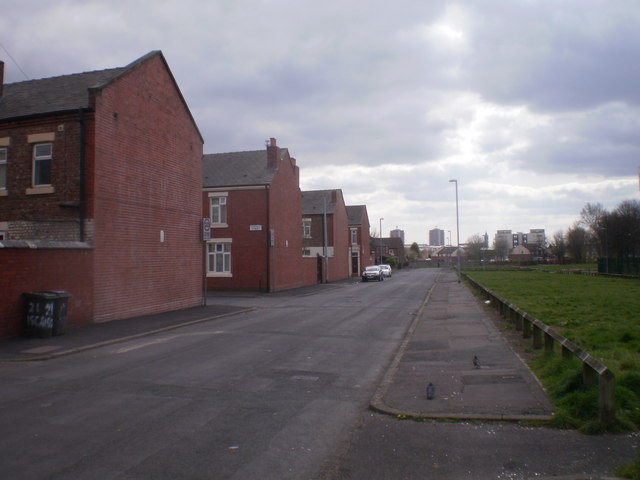 Part of the proposals involve measures to discourage traffic from cutting through Beswick on the way in or out of the city centre, prioritising a safer environment for pedestrians and people on bikes, using new crossings, widened footways, road closures and other features to reduce traffic speeds.

The safer roads for Beswick scheme has been provisionally accepted for around £1.45m of funding via the Greater Manchester Mayor’s Challenge Fund, following a bid submitted by Manchester City Council last year.

Options which could form part of the scheme including placing bollards at certain junctions, allowing pedestrians and cyclists to move through freely and providing resident vehicle access to streets, while preventing motorists from ‘rat running’ at high speeds by using residential roads as a cut-through.

Some roads could be narrowed, to make crossing easier for pedestrians of every ability, discouraging irresponsible parking and slowing traffic down. Raised “speed tables” are proposed, which are seen as one of the most effective traffic calming measures.

The scheme also proposes enhancing the look and feel of local streets, making them more pleasant by widening footways, planting trees and the installation of wooden flowerbeds to enhance biodiversity.

Physical changes to local roads and footways would be supported by work with local schools around speeding, road safety and air quality, plus cycle training for pupils. The council also plans to work with residents to support applications to schemes such as Open Streets, allowing organised road closures for community activity days to be held.

Executive Member for the Environment, Planning and Transport, Councillor Angeliki Stogia, said: “We have seen fewer cars on our streets during the coronavirus pandemic. Local people have been enjoying cleaner air and safer, more pleasant neighbourhoods. Nothing will ever be quite the same after the pandemic, which is why this project is so timely, seeking to make roads in Beswick safer and more people friendly. Now it’s time for local residents to have their say on these proposals.

“Safety schemes such as this are a big part of our overall plan to build resilient communities and support peoples new travel habits. The project will encourage more people to cycle and walk for short journeys and to improve air quality in our neighbourhoods, by creating more road space for active travel and reducing dependency on the car.”

The consultation is now open until Friday 7 August, To take part, visit www.manchester.gov.uk/consultations.

Abedi was not part of a large terror network say police