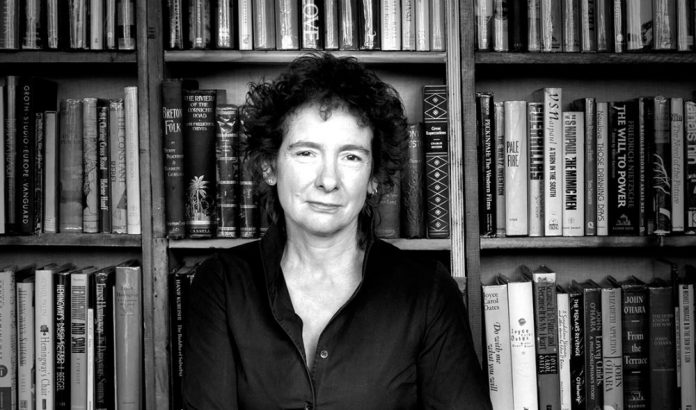 The University of Manchester’s Professor of New Writing, Jeanette Winterson will deliver the annual Dimbleby Lecture on Wednesday 6 June.

The award-winning writer and acclaimed author of Oranges Are Not the Only Fruit, will become the 42nd speaker of the annual lecture given in honour of British broadcaster Richard Dimbleby. It has been delivered by an influential and distinguished speaker, almost every year since 1972. Previous speakers include the Prince of Wales, Bill Gates, Bill Clinton, Terry Pratchett, Baroness Lane-Fox and Christine Lagarde.

Winterson will be the sixth woman to deliver the lecture since its inauguration.

In 2006, Jeanette Winterson was awarded an OBE for services to literature. She was appointed Professor of New Writing at The University of Manchester in September 2012.

100 years on from the first women in the UK securing the right to vote, and 60 years since women could be members of the House of Lords for the first time, Jeanette Winterson’s Dimbleby Lecture will examine the recent campaigns promoting the equality of women and explore what can be learnt from the Suffragette movement a century ago.

“I am delighted to be asked to give this year’s Dimbleby Lecture. I want to address how historically women have been outside of the clubs and boards, outside of the promotions and pay rises, outside of the mainstream, outside of our own bodies, struggling with weight, shape, fashion, attractiveness, threats, trolling, violence of every kind. And how in 2018 we are beginning to celebrate women on the inside”.

Professor Alessandro Schiesaro, Head of School of Arts, Languages and Cultures at The University of Manchester, comments:

“Jeanette Winterson’s books, and her contributions to public national conversations, now through the Dimbleby Lecture, remind us of how much creative artists are essential to the life of the nation. Prof Winterson has been integral to The University of Manchester’s “Creative Manchester” project and to the successful bid for Manchester to become a UNESCO City of Literature; she is an inspiring and revitalizing figure for generations of writers and readers.”

The Dimbleby lecture will be given in the Houses of Parliament, in the Robing Room in the House of Lords and is introduced by David Dimbleby. It will be broadcast at 10.45pm on BBC One on Wednesday 6 June.