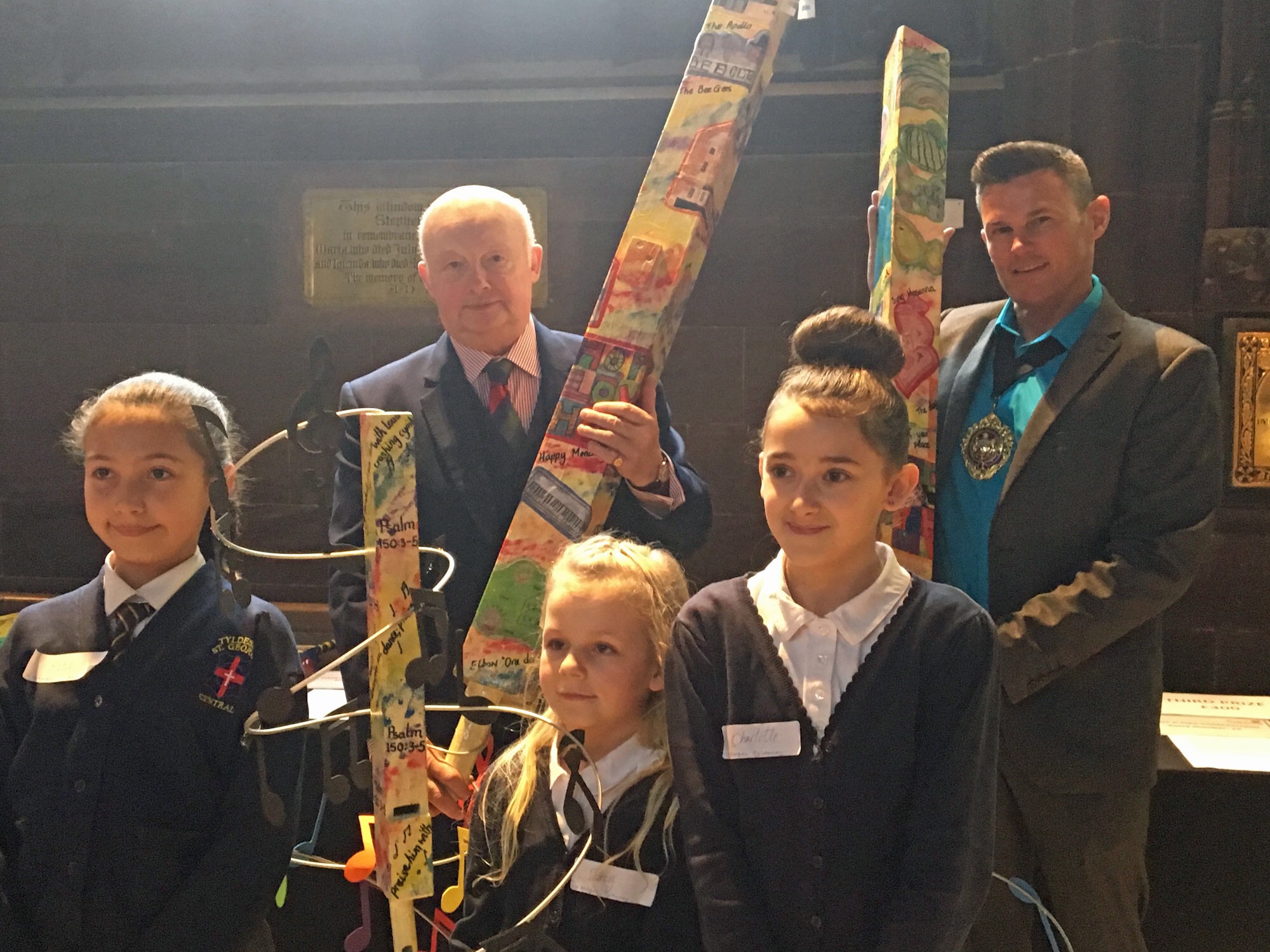 Manchester Cathedral is in the process of installing a new organ which will be at the heart of the building and support the worship and musical life of the Cathedral, now and for the future.

The “Paint a Pipe” project was launched by Manchester Cathedral Development Project to provide educational opportunities for school pupils to learn about the organ and discover more about Manchester Cathedral itself. Pupils from 24 schools across Greater Manchester decorated pipes from the decommissioned organ (which had C19th origins and was restored after extensive WW2 damage) on the theme of “Musical Manchester”.

On Monday 8 February 2016 representatives from each school attended the “Paint a Pipe Prize-giving” and participated in a series of workshops relating to “Musical Manchester”. Judging the entries were the Archdeacon of Manchester, the Venerable Mark Ashcroft; the Lord Lieutenant of Greater Manchester, Warren Smith; Mrs Kathleen Lowe from the Stoller Charitable Trust (which funded the £2.5m organ scheme) and Manchester’s Deputy Lord Mayor, Councillor Carl Austin.

The prizes were awarded as follows:

The prizes were generously funded by the Lord Lieutenant, Warren Smith and The Stoller Charitable Trust.

We are delighted that the Musical Manchester pipes will be displayed in the spring (date TBC) at Manchester Airport by their Artist in Residence, Andy Leigh. The pipes will be hung from the ceiling of the Bus, Train and Metrolink interchange station, thus showcasing the artistic talents of Greater Manchester pupils to a wide audience.

The Dean of Manchester, The Very Reverend Dean Rogers Govender said: “Congratulations to all schools, both staff and pupils, who participated in this unique project to decorate our organ pipes on the theme of “Musical Manchester”. We are delighted with their efforts, which will undoubtedly result in a spectacular display at Manchester Airport. As well as showcasing the talent of Greater Manchester’s young artists we hope the exhibition will inspire and encourage even more pupils to discover Manchester Cathedral’s rich cultural heritage.”