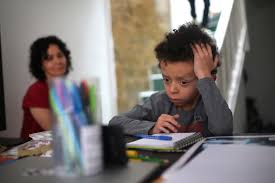 The impact of the second period of school closures on the attainment gap between rich and poor pupils is likely to be significant, according to new research from the Sutton Trust that gives the first comprehensive overview of how teachers and parents are responding.

Today’s report follows-on from research published by the Trust in April and includes polling of up to 6,475 teachers by Teacher Tapp.

The research finds a big increase in the intensity of online teaching from the beginning of the first lockdown, with almost a quarter  of primary pupils now doing more than five hours of learning a day, up from one in 10 at the end of March. For secondary students, it has increased from 19% to 45%. However, big socio-economic gaps remain: 40% of children in middle class homes are learning for over 5 hours a day, compared to just 26% of those in working class households.

The survey finds that schools are now much better prepared to deliver online teaching and learning, but many pupils still face barriers to accessing it. While 87% of high income households report having sufficient devices for online learning, just 59% of the poorest households say the same. Polling published by the Trust last week found that just 5% of teachers in state schools said that all their pupils had access to a device, compared to 54% in private schools.

Polling of 877 parents by YouGov finds that two in five say that they have not very much time or no time at all to help their children with online learning. Poorer parents are particularly struggling, with 28% of those on low incomes saying they are finding the second period of school closures more difficult, compared to just 15% of those on the highest incomes.

The research also highlights big socio-economic differences in how much money parents have spent on their child’s home learning since September. A significant minority of the highest earners (19%) have spent more than £200, while many of the lowest earners (31%) had not been able to spend anything at all.

The Trust is concerned that the cumulative impact of the new school closures on the attainment gap between poorer students and their classmates – on top of 9 months of disrupted schooling – is likely to be of an unprecedented scale.

According to today’s research, teachers in the poorest schools are twice as likely as those in the most affluent to believe there will be a substantial increase in the learning gap between rich and poor pupils (49% vs 25%).

The  Trust is calling on the government to make sure that schools are resourced to help those who have lost out on learning the most when schools reopen. As part of a package of measures, the Trust is proposing a £750m one-off pupil premium boost that would give schools an additional £400 per eligible pupil to spend as they see fit, including on subsidised tutoring through the National Tutoring Programme.

“The first period of school closures have had a huge impact on all young people, but particularly those from lower-income backgrounds. The repercussions of these months of lost learning are devastating and will be felt for years to come. It’s imperative that we don’t let this happen again.

“Today’s research shows that schools are now better equipped to deliver online teaching. But significant barriers remain that threaten to widen the gap between rich and poor pupils still further.

“The immediate priority has to be to address the gap in digital provision between rich and poor. The government has made good progress, but they need to do more. There also has to be substantial additional funding for schools when they reopen, focussed on students from low-income backgrounds who have fallen even further behind.”