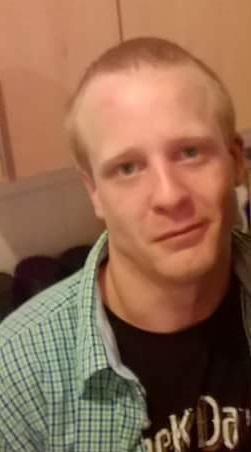 Police are investigating the disappearance of a man from Bury a week ago.

Stephen Haworth, 29, from Bury was riding his moped at the junction of Walnut Avenue and Alder Avenue at about 12.20pm on Wednesday 18th October when he was involved in a collision with a black Ford Escort.

Four men got out of the car and assaulted Stephen. An ambulance was called for him but he had left in a large silver 4×4 before the emergency services arrived.Stephen has not been since and police and his family are becoming increasingly concerned about him.

Stephen is white, with short blond, receding hair. When he was last seen he was wearing a black biker jacket, a grey woolly bobble hat with black stripes on it, black trousers and black trainers.

Detective Chief Inspector Charlotte Cadden of GMP’s Bury Borough said: “We don’t know where Stephen went after being assaulted, but we are extremely concerned about him as he hasn’t been seen since. We are appealing to anyone who knows where Stephen is, to contact police as a matter of urgency.”

Appeal after fireworks let off under two cars in Salford