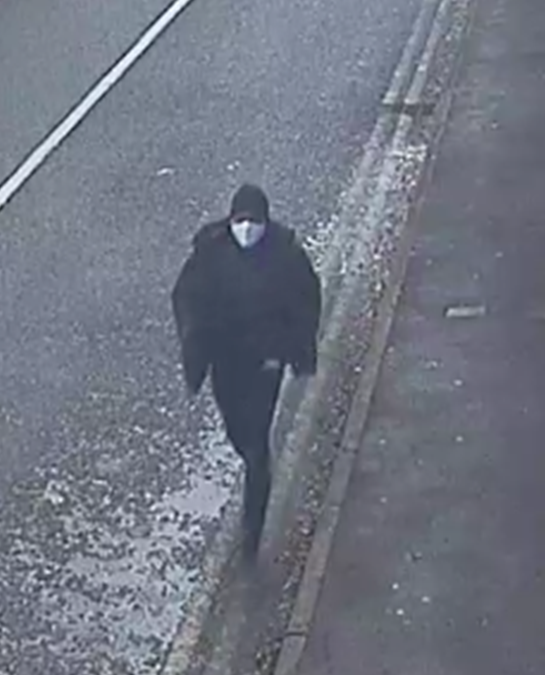 Police have released a CCTV image of a man they would like to speak to in connection with a stabbing in Ashton-under-Lyne.

A woman – in her 40s – was waiting in her car with her front door slightly ajar when a man approached her and threatened her with a knife before demanding her phone. Unable to reach her phone, the man has then subsequently stabbed the victim in her hand, causing a deep wound.

The victim handed her phone to the man and he then fled the scene on foot down the store’s delivery road, through the delivery area and back into a car-park near M&S.

The victim was left with non-life threatening injuries but was left understandably shaken by the incident which took place just after 9am on Thursday 5 November  outside Sainsbury’s on Lord Sheldon Way in Ashton-under-Lyne..

Police Constable Michael Biggs of GMP’s Tameside Volume Crime Team said: “This was a nasty and opportunistic incident in which a woman was left with a deep cut to her hand and we are determined to find the man responsible and ensure he faces justice.

“Enquiries are on-going into the incident and we’re appealing to members of the public who may have been in the area at the time and may have seen the man in this image.

“Were you in the area? Did you witness anyone behaving suspiciously at the time? Please get in contact with police.”

Man has Audemars Piguet rose gold skeleton watch valued at around £98,000 stolen during...