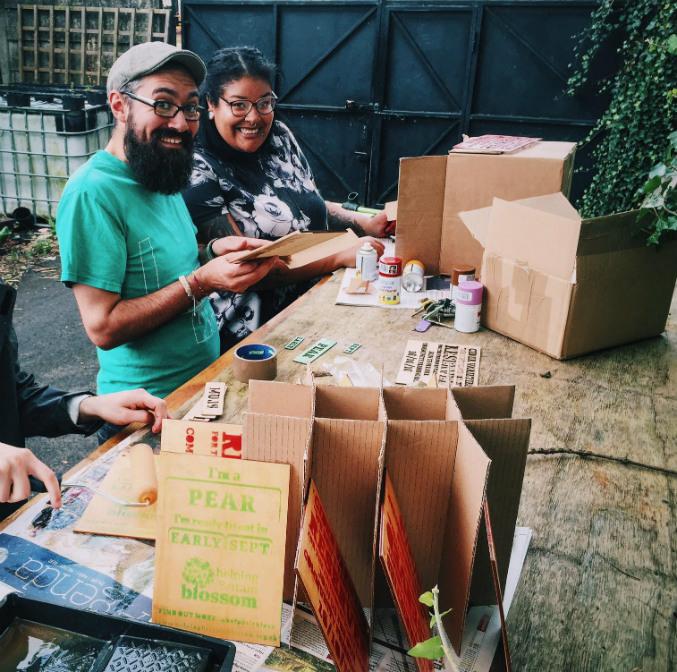 The Friends of Platt Fields have scooped a £1,000 prize, after the park’s community orchards were named the best in the UK.

The group were handed their award by Helping Britain Blossom, with judges praising their ambitious efforts to engage the local community as “an inspiring story of determination and innovation”.

Volunteers from the Friends group run a project to maintain and restore the orchards – which contain some trees which have stood for more than a century – and to educate local residents about how to sustainably harvest fruit from the park’s fruit trees.

The park has three separate orchards – one with soft fruit, one with apples and a Victorian orchard, which is more than 100 years old. As well as apple trees, the orchards produce rare and unusual fruit, including greengage, quince and medlar – a winter fruit which was commonly harvested as a Christmas treat in previous centuries.

Committee members Dan Thompson and Jean Griffin kickstarted the Friends group’s orchards project and after Dan moved to Germany to work as an arborealist, his work was carried on by current lead member Alex Lewis, her partner David Plant and their dog, Rolo the Corgi.

“There is a lot of work for us to do during the winter months, which is when we do the pruning, inspect the trees for pests and also put in measures to improve biodiversity, such as ‘bug hotels’ for insects”, said Alex.

“With more than 130 trees to look after, it’s a big job, so we’re very keen to recruit new volunteers to help.

“We know that people all over Manchester love their gardening and we have one of the most diverse orchards in the North West of England here, with many trees producing fruit which is not easily found elsewhere in this region.”

This weekend, the group are holding two free events at the Lakeside Centre to celebrate their award success.

On Saturday (21 October, 11.00am – 4.00pm), the group will be hosting an apple picking and juicing community day, giving residents of all ages the chance to learn more about making delicious cider and apple juice. All are welcome and are advised to dress for the autumn weather. Equipment to join in with the juicing is provided, along with tea and biscuits. Children are welcome, but must be strictly supervised by a parent or guardian at all times.

Sunday 22 October is the group’s first ever Apple Day (11am – 3pm), in association with Helping Britain Blossom. The Friends will be presenting live cider-pressing, a scavenger hunt, a craft fair and produce market, bakesale, raffle, face painting and more.

Police-We will be finding the individuals responsible and they will face the consequences of...