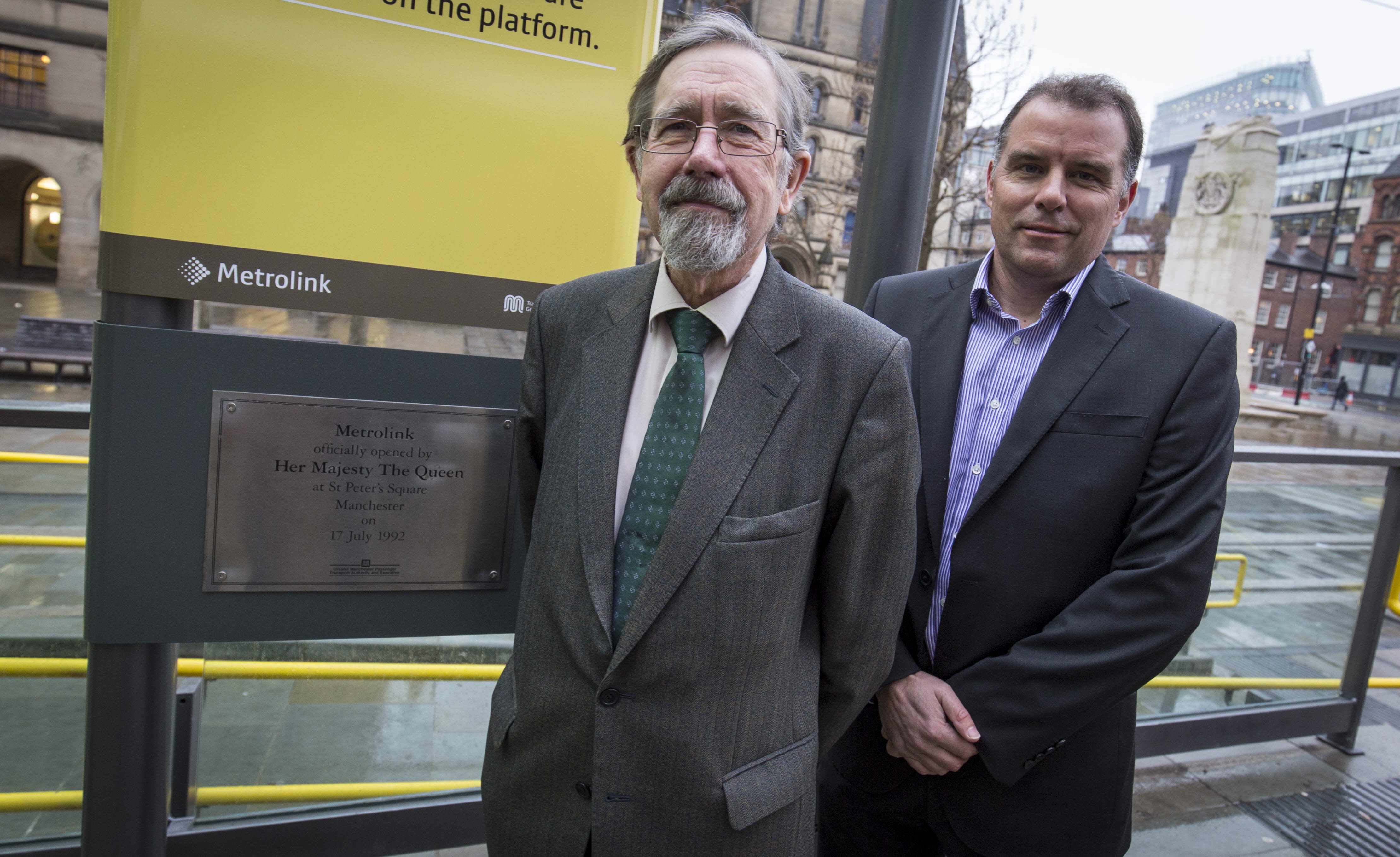 A plaque unveiled by Her Majesty The Queen to mark the official opening of Metrolink nearly 25 years ago is once again taking pride of place in St Peter’s Square.
The commemorative plaque, first unveiled in 1992, has been restored and installed to mark the completion of works at the bigger and better stop, which partially opened to passengers in August.

The 14 month-long construction project has been overseen by Transport for Greater Manchester (TfGM) in partnership with contractor M-Pact Thales, a consortium of VolkerRail, Laing O’Rourke and Thales.
The stop is now more central to the square and features two new platforms and two sets of track. More than 20 trees have been planted throughout the square during construction work, including four on the stop itself – a first for Metrolink.

The redevelopment of the St Peter’s Square stop is an integral feature of the £165m Second City Crossing project.

Once it opens early next year, this new line through the heart of Manchester city centre will mark the conclusion of a transformational £1.5bn programme of investment in Metrolink. The system has trebled in size following extensions to MediaCityUK, Oldham, Rochdale, Ashton, East Didsbury and Manchester Airport.

Councillor Andrew Fender, Chair of the TfGM Committee, said: “The St Peter’s Square stop is an important interchange destination on the network and the jewel in Metrolink’s crown, so I am delighted to see the plaque restored and taking pride of place in the heart of this fantastic new stop.

“Having chaired a strategy group from 1982 which developed the Metrolink concept, and having been present at the visit of Her Majesty, I’m feeling extremely nostalgic and this event has brought back some fantastic memories.

“Metrolink has come such a long way since then and I’m as proud of what we’ve achieved as I am excited about what’s yet to come.”