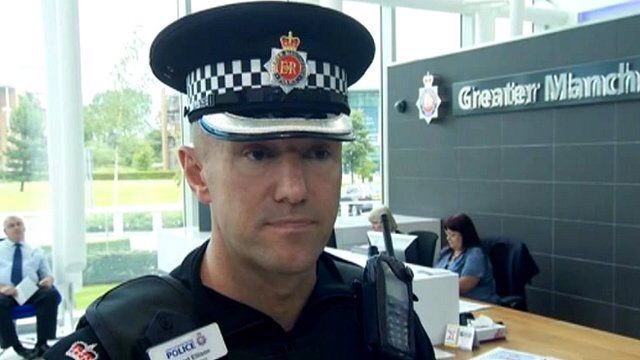 Greater Manchester’s Mayor and Police and Crime Commissioner Tony Lloyd and Chief Constable Ian Hopkins have unveiled plans to provide officers with mobile devices, which will let them do much of their work whilst on the beat instead of having to go back to the station.
The plans are part of a major transformation of GMP’s IT systems to meet the needs of a 21st century police service and improve the service to the public.

It follows the announcement that more than 3,000 officers and staff will be provided with body-worn video cameras, which will increase protection for the public and police officers and reduce complaints.

Tony said: “Modern policing demands that we take full advantage of modern technology. Smartphones and tablets are now part of our everyday lives, so it makes sense to see how these devices can improve how we deliver policing in Greater Manchester.

“Police officers should not be stuck in police buildings behind a computer, they should be out in the community, keeping people safe. Mobile technology will allow them to do that so they can work from anywhere in Greater Manchester – saving officer time and, crucially, providing a better service to local people.”

Chief Constable Ian Hopkins said: “I have been clear that making the best use of technology both for officers and the public is essential to the future of policing in Greater Manchester. It provides opportunities to manage the demands we face and also give people access to services in a different way.

“This is a significant step and will allow officers to input crime details, take missing person reports and access other key systems. The move will mean that police officers will be able to write-up reports and access information while out and about, without having to return to police stations.”

Mobile devices have already been trialled in Rochdale and have been welcomed by officers, allowing them to input data and access information without having to return to the police station, giving them more time to spend out in the community.

It is expected mobile devices will be rolled out across Greater Manchester from March. Officers will be able to use them for a number of functions, for example, accessing the Police National Computer, inputting and searching for crimes and incidents, and creating and updating missing person reports.

Contactless limit to rise to £45 on April 1st

Tomatoes may combat the damaging effects of radiation

A6 to Manchester Airport Relief Road set to open