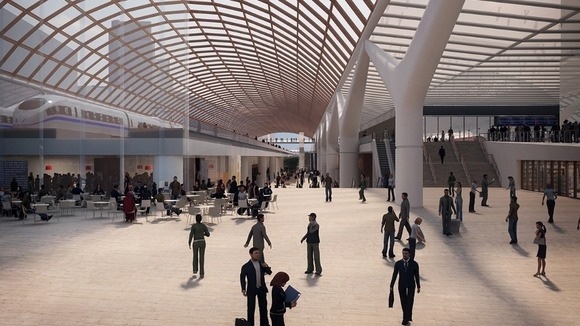 Those of us in favour of High Speed Two coming to Manchester have probably been astounded by the weakness of some of the arguments laid before us , but one that particularly stood out was if it is that important to the North West, why wait until 2033?

Now it seems that today the transport committee of Parliament agrees, coming to the conclusion that the project is ‘essential’ for the UK’s future, its costs have been ‘exaggerated’ and recommend bringing forward the second phase of the project ,the construction of lines from Birmingham to Manchester and Leeds by building it concurrently with the first

This is an extract from their report

We support the strategic case for HS2 and stand by our conclusion that HS2 is needed to provide a long-term increase in the capacity of the railway and that alternative proposals to increase capacity are not sufficient to accommodate long-term forecast demand. Connectivity, which can encourage economic activity and increase productivity, is also part of the justification for HS2, especially for the lines north of Birmingham. In our 2011 report we said “It is also disappointing that as a major justification for HS2 phases I and II is the rebalancing of the economy, a full assessment of the case for building north to south has not been undertaken. This work should be carried out as a priority.” Since then Sir David Higgins has told us that when he takes up his post as the Chairman of HS2 Ltd he will look at the case for building north to south concurrently with building south to north. We believe that the economic, transport and political case for this has strengthened since our last report. We look forward to Sir David reporting back to us on this matter