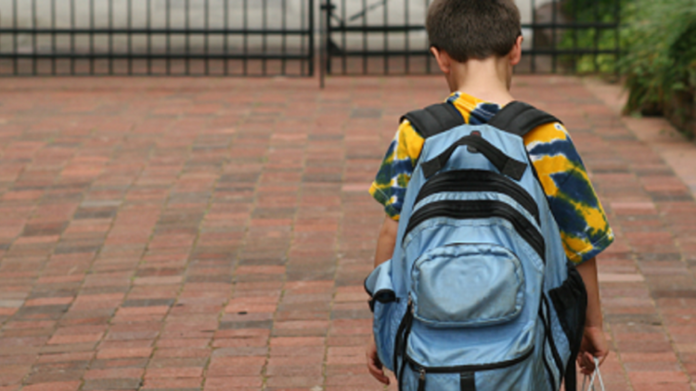 A study of both parents and primary school teachers released today reveals teachers are stepping in and providing soap, shampoo and laundry products to pupils arriving at school unwashed.

Half of British primary school teachers are having to provide pupils with essential items like soap, washing powder and shampoo on a weekly basis because of family hygiene poverty issues, according to a new, independent study commissioned by UK charity, In Kind Direct.

In Kind Direct found that 80% of teachers have seen an increase in the last 5 years in the number of pupils coming to school looking unwashed and in dirty clothes.

Eight in ten primary school teachers say that, worryingly, they’ve seen a rise in the numbers of children coming to school unwashed or not looking presentable in the last five years and have found themselves intervening at an increasing rate.

In Kind Direct also polled 2,000 parents with primary school children and found that many are struggling to make ends meet.

Examples included,18 per cent now admitting their child now wears the same underwear at least two days in a row while 43 per cent say they’ve had to forgo basic hygiene or cleaning products because they couldn’t afford them.

26 per cent said that they have to wear the same shirt or blouse for at least a week and 3 per cent for a fortnight or more and one in five parents admits they can’t afford to wash their children’s clothes as often as they would like .

Just last year, In Kind Direct identified the issue of hygiene poverty for the first time in the UK. With little money to cover the cost of everyday essentials, families are being forced to choose between buying food or personal hygiene and cleaning products.

“We now make allowances in our very tight school budget to make sure we can buy personal hygiene and washing items, such as toiletries, washing powder and toothpaste as well as spare uniforms, shoes and deodorant, because we know increasing numbers of families simply can’t afford to buy them.

“Over the years I have spent hundreds of pounds of my own money helping pupils by buying these items because I couldn’t bear to see them going without, and I know other colleagues have too.

“On one occasion I bought a washing machine for a family who had just had a new born baby and had nowhere to wash their clothes. Now as a head teacher, I don’t want to see my staff having to put their hands in their own pockets, even though I know they still do. We have a dedicated team in our school to address this and to look at pupils’ needs.

“We have been considering installing a washing machine in school and we stockpile spare, washed uniforms so pupils can get changed and sent home clean – and nobody is any the wiser that we have stepped in to help.

“The biggest effect is on the children’s feelings of self-worth and self-esteem. Children as young as five are seeing themselves as being different. Other children might not want to sit with them and their comments can be very hurtful. This can also have a huge impact on parents’ mental health when they have such difficult choices to make.

“We have seen significantly more children coming into school with washing and hygiene issues over the last few years. It used to be just a couple of children across the school, but now there are two or three in every classroom dealing with these issues.

“I’ve spoken to teachers across the country and they are doing the same as us. We want all of our pupils to get the best outcomes, not just those that can afford the basic essentials to keep themselves and their clothes clean and presentable.”

“Children’s self-esteem is greatly affected by the reaction of those around them – and if they are stigmatised, ridiculed or rejected by their peers because of poor basic hygiene, their sense of self-worth will quickly nose-dive. No child wants to be taunted because they are dirty, or because their clothes are filthy. They’ll start to lose interest in their education, their friendships will suffer, and they’ll be reluctant to attend school.

“That’s why hygiene poverty has such a devastatingly negative effect on a child’s psychological development, not just on their health but also on their confidence, self-esteem, social relationships and class work.

“Any strategy that reduces this unwelcome and preventable stress in children’s lives will be welcomed by families who are struggling to make ends meet on a daily basis.”

In Kind Direct is distributing more products than ever before. The charity has distributed £190 million in donated products to mostly small charities since operations began in 1997.

“The results of our latest study are a shocking reflection of the growing scale of family hygiene poverty across the UK. Teachers are increasingly being relied upon to step in to provide pupils with everyday essential products because their parents simply can’t afford to make ends meet.”

“Alongside this, we have seen a sharp rise in the number of people who are increasingly relying on support from the charities across the UK to which we supply products.”

“It is clear that hygiene poverty is hitting families hard and is having a huge impact on children’s wellbeing at school. No child’s education and future life chances should be compromised because of the stigma they face, simply because their families can’t afford the hygiene products to keep themselves clean.”

One in six parents (16 per cent) fear their child may be bullied, teased or picked on due to personal hygiene issues and 6 per cent say it makes their son or daughter ‘sad’.

Nearly half of teachers – 46 per cent – say they see children who are bullied due to hygiene issues. Meanwhile, 54% observe it causing low self esteem, 32 per cent health problems and 41 per cent say these children struggle to concentrate on their work.