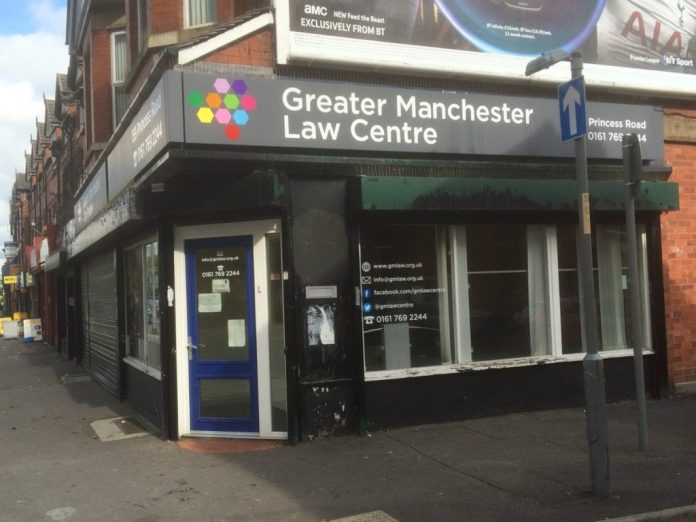 The benefits include financial support for those unable to work and payments to assist with costs caused by long term ill-health or disability.

This money was won back by the casework team at GMLC, which is almost entirely made up of volunteers. This team includes experienced advice workers as well as law students who receive thorough training to provide representation – a scheme that made it to the finals in the e LawWorks and Attorney General’s Student Pro Bono Awards earlier this year.

“We are proud of our work to fight for people being denied the benefits they are entitled to. These payments can be life changing and the process is extremely stressful and difficult for anyone without representation” says GMLC.

One client described the support they received: “The team gave me reassurance and made me feel like a real person. When I contacted the Law Centre I was at the lowest I had ever been due to my health deteriorating and financial stress. I was shown compassion and [GMLC volunteer] Sam completed all the relevant paperwork and put my case together, taking more strain off my shoulders. Without them I would not have known where to turn or how to move forward with my tribunal. It is an absolutely amazing service”.

“Our work has now contributed over one million pounds to the Greater Manchester economy,” continues GMLC. “But crucially, we recognise that these people should not have had to appeal their benefit decisions in the first place, and it is damning that they may never have received their entitlement had it not been for representation provided by the voluntary sector”.

GMLC campaigns for welfare policy reform as well as representing individual clients. In February this year, their submission to the Work and Pensions Committee on the topic of disability benefits assessments was featured prominently in the Committee’s final report, focussing on the difficulties posed by hurdles in the assessment process for disabled claimants. GMLC’s statement against the rollout of Universal Credit was read out in Parliament, and they joined with other campaign groups for a day of action in April to oppose Universal Credit-related evictions. This summer, they condemned further the benefit assessment process, declaring a “hostile environment” for disabled people.

Advice and representation services at the GMLC are free of charge. “We rely on the generosity of our community to survive. Standing orders, donations and fundraising events are vital for our services. We ask everyone who supports our work to consider a donation – individual fundraising efforts aren’t top ups for us, they’re essential”, says GMLC.