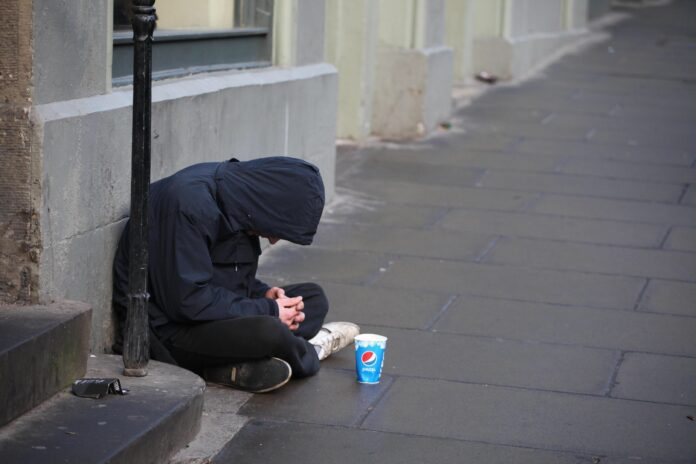 GREATER Manchester has started its transition to sustainably accommodate and support homeless people who have been housed in hotels and other temporary accommodation during the COVID crisis.

Almost 2,000 placements have been made into hotels and other accommodation during the pandemic

The temporary accommodation was always meant as an immediate humanitarian response to the health pandemic to help protect the most vulnerable in society.

It was made possible due to the availability of commercial accommodation and the Government’s ‘Everyone In’ policy. Almost 2,000 placements have been made into hotels spread across the city-region since mid-March.

The public, private, faith and voluntary sectors have worked in partnership to co-ordinate an unprecedented drive to support some of Greater Manchester’s homeless into accommodation ideally suited to maintaining social distancing during the height of the coronavirus pandemic.

Twice as many individuals required support than was initially anticipated by Greater Manchester Leaders and, with central Government now focused on moving people on, advanced plans have been drawn up to assist residents into suitable and supportive environments where they can progress to a life permanently off the streets.

The government’s announcement today of £85m new funding to continue the Everyone In approach for those already accommodated is welcome, and we await further details on how this will be allocated and how it can be used.

One is Craig, 52, who had been living on the streets for two years before he arrived at the YHA in Castlefield, Manchester, where he has received regular support including access to healthcare and nutritious food. He said: “The staff and everybody at the YHA Manchester have been absolutely top class. Arriving here has been a life line for me. I was on the streets before and now I have been supported to access housing benefit and everything else so will be moving into my own flat thanks to the team. I can’t say thank you enough.”

David Batchelor, of Depaul UK, coordinated the YHA Manchester accommodation, funded by the GMCA. He said the service has made a real and sustainable impact on the lives of many of its residents during lockdown: “For the past three months, I have led the team at the YHA, managing staff and security, and working with volunteers. I am proud that we have helped more than 40 residents develop stability in their lives and, in many cases, make great improvements.

“We have had a one-person, one-room approach which has enabled people to self-isolate if needs be. We have also been able to test residents if they displayed symptoms of coronavirus. It has been a great success as a project, and that assessment is based on what people who have lived here have told me.

He added: “I have worked in this sector for nearly 20 years and I’ve been so impressed with the response – everyone has been working creatively to take the challenge head-on. I have really enjoyed it, especially seeing it through from beginning to end. Our people have moved in, settled in and then they have been able to move onto the next stage of their journeys out of homelessness.

“It has been a really positive experience and one that I am very proud to have been part of – it’s been an honour.”

Greater Manchester’s emergency response to homelessness during the pandemic has included the coordination of multiple agencies to best support individuals. Charities and local council employees have worked to establish teams to manage hotels and provide support for residents, including access to mental health services, prescribed substances and support with physical health needs.

This has combined with a mass community response, including establishing a donations warehouse and distribution panel, hosted and staffed by private enterprise KPS Norm, which coordinated donations of food, clothes and toiletries. Charities Open Kitchen MCR, Barnabus and local restaurateur Mary-Ellen from the Creameries cooked and delivered hot meals every day where there were no access to kitchens on site. In one hotel a volunteer chef was provided with groceries donated from Fareshare and prepared nutritious food for residents.

Those with no recourse to public funds were also accommodated under the emergency response and those who required it were offered immigration advice.

However, there remain more than 650 people in Greater Manchester in temporary accommodation due to COVID, funded by GMCA or local authorities. Over £13m of funding has been committed to ensure that there is ongoing accommodation and support and no one is returned to the streets. Nevertheless, this funding will not be enough to meet the supply and demand for homelessness accommodation in each of the 10 boroughs, while also factoring in the 80 or more individuals known to be sleeping rough in the city-region, and the services required to properly support them.

Warning issued about smoking in bed after Swinton Fire on Monday