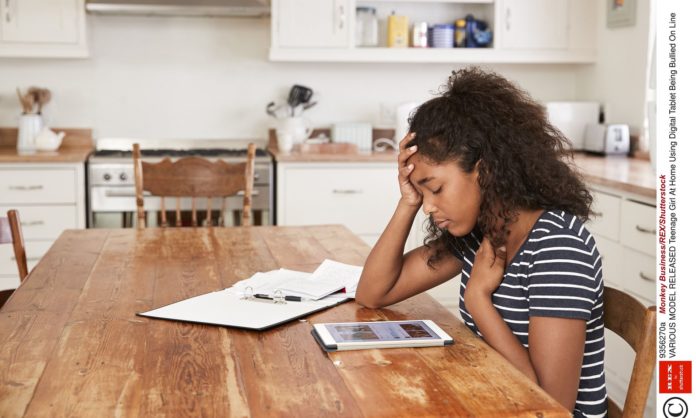 Girls across the UK are struggling with verbal abuse, bullying and a feeling of shame around their periods, with many of those affected suffering in silence, according to a new survey by Plan International UK released to coincide with Menstrual Hygiene Day 2019.

The poll of 1,000 UK girls aged 14 – 21 reveals that one in five  have experienced teasing or bullying around their periods, with only half telling anyone about it.

Two thirds of teasing and bullying takes place in school, while 1 in 10 girls say it is happening to them online.

In addition to impacting on girls’ confidence and self-esteem, period stigma can have a direct impact on their schooling. Two thirds of girls report missing a part day or full day of school because of their period, with commonly cited reasons including concerns about leaking, anxiety about their period and embarrassment.

40 per cent of those who had missed school report struggling to catch up on school work as a result.

“I’ve heard periods called awful, disgusting. I’ve been told to ‘get over it’. When my friends and I would try to discuss periods, boys would tell us to be quiet. One boy even called me “dirty” and refused to sit next to me in class after he overheard me talking about my period privately to a teacher. I was so embarrassed that I went home for the rest of the day.

“We need to be teaching girls and boys about periods. They need to know that they’re a normal thing and not something dirty or disgusting.”

Tanya Barron, Chief Executive at Plan International UK, said: “Girls across the UK are facing unacceptable stigma and shame linked to their periods, and this survey shows that, too often, this takes the form of verbal abuse and bullying.

“Not only is this damaging girls’ confidence and self-esteem, it’s also having an often-overlooked impact on their education. Girls tell us they are missing out on school because of their period and struggling to catch up on schoolwork as a result. We can’t allow this to continue.

“If girls around the world – including here in the UK – are to reach their full potential then we must put an end to the stigma and taboo around periods, and the best way to do that is through education and open conversations that normalise periods and put an end to the silence.”

Manchester hero is the first person in the world to be consented into a...