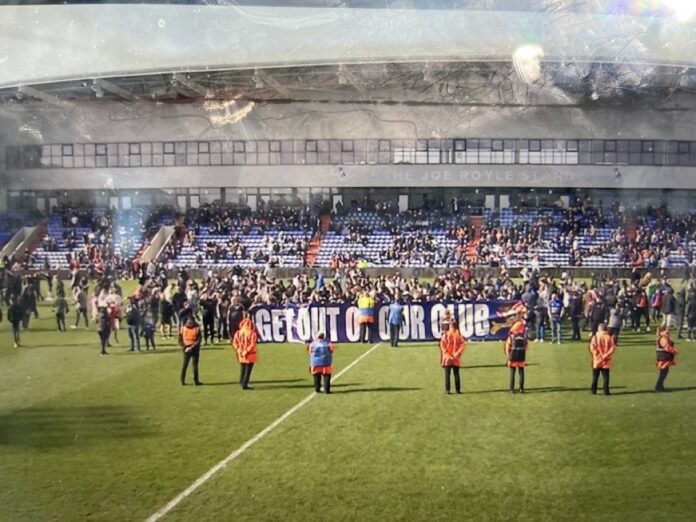 The players were taken off by referee Robert Madeley as supporters staged a centre-circle sit-in against owner Abdallah Lemsagam, despite appeals from boss John Sheridan to return to the stands

Their spokesperson said: “This afternoon’s League Two fixture between Oldham Athletic and Salford City has been concluded behind closed doors.

“Despite the earlier announcement of the abandonment of the fixture, after discussions with both clubs, match officials, and stadium security it was agreed the match could be concluded today.

“The decision was taken in order to maintain the integrity of the competition given the importance of the fixture at both ends of the League Two table.”