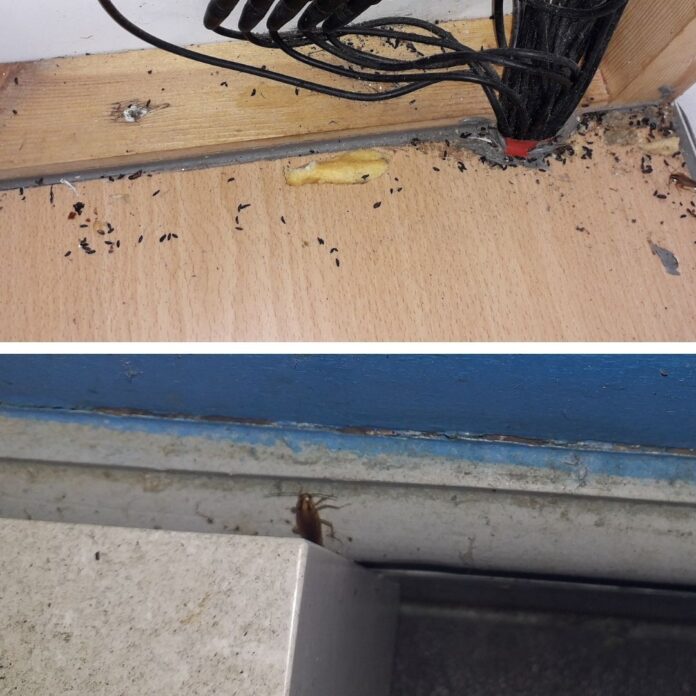 An Old Trafford takeaway boss was fined a huge £12,000 after an horrendous mice and cockroach infestation was discovered at his premises.

Trafford Council Environmental Health officers were shocked to discover a large number of mice droppings and cockroaches near the counter of Latif’s takeaway at 381a Stretford Road in Old Trafford during a routine visit. There were also tubs of coleslaw for sale which were 95 DAYS past their use-by date.

These included failure to have adequate procedures in place to control pests, not maintaining the premises in a clean condition, selling unsafe food due to food beyond its use by date, failing to train food handlers and not having an adequate management system in place to control food safety risks.

Mr Latif was fined £12,000 in total and ordered to pay costs of £1,500 to Trafford Council and a £190 victim surcharge for the offences discovered during visits in January, August and September 2020.

The court heard that Council officers first visited the premises on the 30th January 2020 to undertake a routine food hygiene inspection. During the visit they found mouse droppings throughout and a German Cockroach infestation around the service counter. Officers also found that the premises and food contact equipment were dirty, staff had no food hygiene training, the requirements of the food safety management system were not being implemented and several containers of coleslaw beyond their use by dates.

As a result, officers immediately closed the premises due to the risk to public health and the business was given a rating of 0 out of 5. Several visits were undertaken to the premises before it was allowed to re-open.

Environmental Health Officers returned to the premises on August 18, 2020, and again found that the requirements of the food safety management system were not being implemented and that the premises were dirty. A follow up visit took place on the 22nd September 2020 and similar issues were discovered.

As a result of the conditions discovered, the owner was charged and summoned to appear in court.

Over 1,000 Seasonal Positions Available at Amazon in Manchester