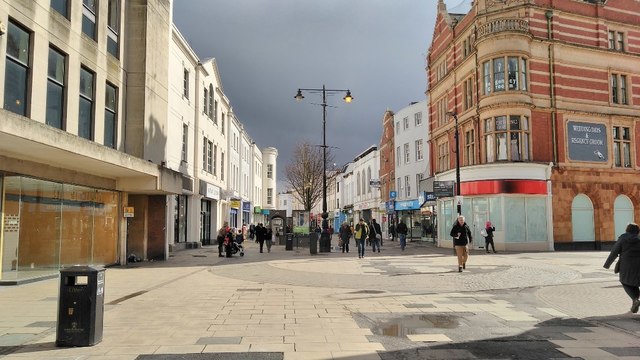 High street shopping units left empty by the collapse of retail businesses should be converted into hundreds of thousands of new homes built by the public sector, a think-tank report says today.

A paper from Social Market Foundation argues that the decline of traditional high street shopping is inevitable, meaning ministers should focus less on slowing that decline than on supporting new and more beneficial uses for town-centre sites.

A major programme of converting retail units for residential use could allow the creation of 800,000 new homes, the SMF report calculates.

Many of those homes should be built by local councils and other public bodies in a major expansion of social housing, the paper says. Central government should write off tens of billions of pounds of local councils’ debt to support that programme.

The SMF report, entitled A New Life for the High Street, argues that the coronavirus crisis will accelerate pre-existing trends including a shift away from shopping in urban centres. As more and more workers spend at least some of their working week working at home, footfall in town centres will decline and more retailers will collapse.

Instead of trying to arrest the inevitable decline of high-street retailers with promises to “save the high street”, the SMF’s Scott Corfe said that national and local politicians should deploy radical new measures to stimulate new life in urban centres and support unemployed retail staff.

Politicians pledging to save the high street are promising voters the impossible. Instead of claiming they can turn back the clock, leaders should aim to make inevitable change work better for urban centres and populations.

“Trying to prop up high street retailers facing long-term decline is not an act of kindness to workers or towns. It just postpones the inevitable and wastes opportunities to develop new policies to help workers and towns embrace the future.

“Nothing can stop the demise of traditional high street shopping so it would be better for politicians to support the next chapter in the story of the high street, with hundreds of thousands of new homes that bring new life to our urban centres.”