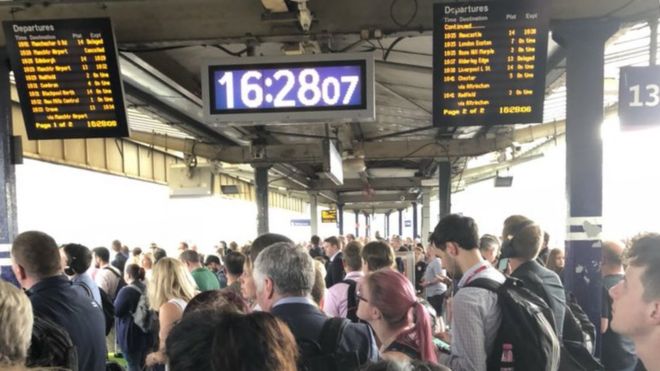 Britain’s broken rail complaints system has led to train companies failing to deal with passenger concerns effectively and is even failing to treat customers with basic courtesy, new analysis from Which? reveals.

The consumer champion looked at 12 months of rail regulator data and found fewer than half of rail passengers were satisfied with how their complaints were dealt with by train companies.

Even worse, fewer than one in five passengers with three operators – Northern, Govia Thameslink Railway and Great Western Railway – said they were satisfied with the outcome, handling, or both, of their complaint.

These findings demonstrate why it is vital that the new rail ombudsman helps ensure train companies deal with passenger complaints better in the first instance. Where complaints are escalated, the ombudsman must deal with them effectively.

Which? looked at Office of Rail and Road data on satisfaction with complaint handling from April 2017 to March this year – a period in which there were more than 500,000 complaints about rail services.

This drops to around a fifth for Govia Thameslink (21%) and Northern (20%), which is particularly worrying considering the data relates to the period immediately before this year’s timetable chaos, that led to a huge spike in passenger complaints for both companies.

Northern was last or in the bottom three of the 18 train companies in every aspect of the complaints process which passengers were asked about.

To add insult to injury, less than half (46%) of respondents said they were satisfied that Northern had even been polite in dealing with their complaint – an issue shared by almost half of customers with four other companies. Across the board the highest score for simply being polite was three-quarters (76%).

For some train companies, a mere one in six were satisfied with the time taken to deal with their complaint and the clarity of information provided.

Either CrossCountry or Chiltern Railways scored highest in almost every category but with satisfaction still frequently at 50 per cent or below among the best performers, the findings are little cause for celebration.

Trust in the industry is chronically low and Which? is concerned that these huge failings in the complaints process are not helping the situation.

While the consumer champion believes the new and independent rail ombudsman can go some way to ensuring passengers are no longer ignored, it should only be viewed as a last resort.

The creation of the ombudsman should also help ensure train companies listen to their passengers and resolve their problems in the first instance, so they have no need to escalate their complaints.

“Clearly there are serious underlying problems in the current rail complaints system, which need to be addressed.

“Train companies have to step up and start delivering good customer service when things go wrong – informing passengers about their rights and dealing properly with any complaints that arise.

“We have been calling for this much-needed and independent new rail ombudsman. It should incentivise train companies to listen to passengers in the first place and, when necessary, step in to make sure passengers get the redress they deserve.”