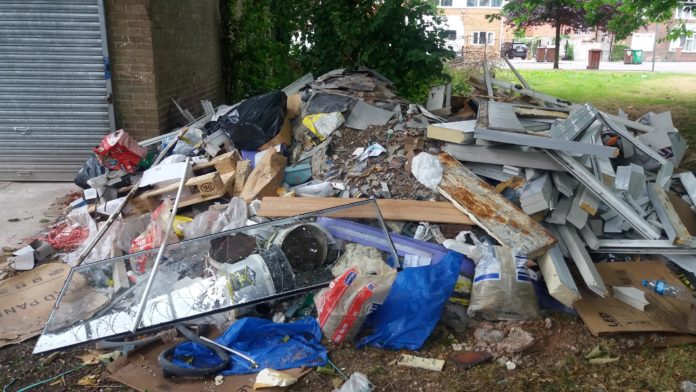 A Northern Moor restaurant has been served with a penalty of more than £1,000, after being prosecuted for fly-tipping by Manchester City Council.

Scanditalia Limited admitted responsibility for a mound of dumped waste which was discovered by a council officer on land to the rear of its premises on Sale Road in July last year .

Officers investigating the fly-tip spoke to builders at the site of the offence, who explained that they were completing refurbishment work to convert the building into a restaurant and were waiting for a skip to be delivered for disposal of the waste.

The builders were given a deadline for the skip to be delivered and told that officers would return to check that the waste had been cleared from the council-owned land.

Officers followed up by visiting the site on two occasions in August 2018, but found that rather than being cleared away as promised, the pile of waste had increased.  On further investigation, evidence was retrieved from within the waste, linking it to Scanditalia Limited, before the waste was cleared by the council.

Investigators invited Scanditalia Ltd to attend an interview under caution, but received no response to their written request and the firm was subsequently prosecuted.

At a Manchester Magistrates Court hearing on 19 July , Scanditalia’s representative blamed the contractors who had been employed to carry out the refurbishment work for the offence, saying they believed their contractors would dispose of all waste correctly.

They also claimed not to have received the letters which were sent to their registered office inviting them to attend an interview under caution in time to respond.  However, the company accepted their responsibility for not having systems in place to prevent the offence from happening.

People would change their consumption habits to help the climate, study finds