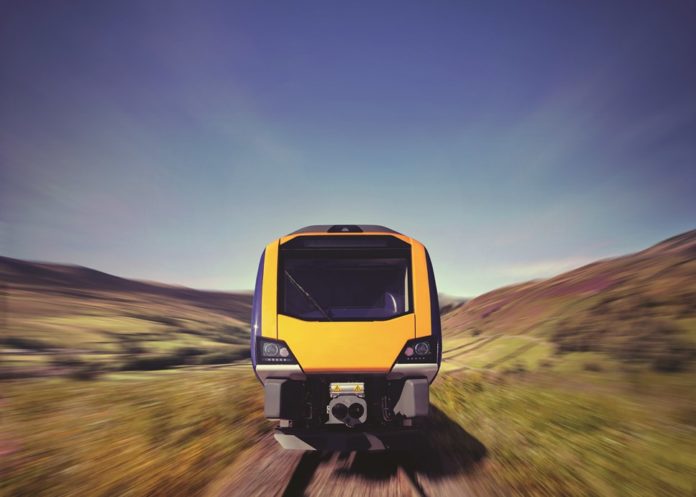 The Northern Rail Franchise is only sustainable for a few months and the Transport Secretary is to consider whether to award a short-term management contract or whether to ask the Department for Transport’s own Operator of Last Resort to step in and deliver passenger services.

In a statement released this morning,Grant Shapps said that “It has now been confirmed to me from the most recent available financial information that the franchise will only be able to continue for a number of months.”

Grant Shapps was in Leeds earlier this morning  to declare the “end of the line for Northern Rail”. It seems likely that the much criticised train operator will lose its franchise within months

He confirmed that he will make a final decision before the end of the month.

Chris Burchell, Arriva’s Managing Director of UK Trains said: “We accept services on the Northern network are not yet good enough and we sincerely apologise to our customers for our role in that.

“Many of the issues affecting the franchise however are outside the direct control of Northern. Assumptions were given when the plan for the franchise was developed that critical infrastructure projects would be delivered to enable growth and support capacity demands.  Many of these have either been delayed or cancelled.  This, along with unprecedented levels of strike action, has had a significant impact on the franchise – both in terms of service and financial performance.

“These challenges will continue to affect services irrespective of who is running them. What is needed is a new plan, and, in that analysis, we are fully in agreement with Government.  That is why the Government asked us to prepare a business plan for a shorter ‘Direct Award’.

Transport for the North’s Strategic Rail Director David Hoggarth said: “This is an important day for rail users across the North of England. They, and we, have been calling for the restoration of reliable rail services across the network for almost two years now.

“Today’s announcement means that, finally, hard-pressed passengers can get the chance of a fresh start. We welcome the clear timeline for a decision to be made by the end of January. We’ve been clear that putting an Operator of Last Resort in place of Northern would be the only way to rebuild trust and confidence, and secure the right outcome for passengers.

“The North’s leaders have said that a Direct Award to Northern, even on a short-term contract basis, is likely to be seen by rail users as a reward for failure.”

David added: “A top priority for us is ensuring passengers are put first in this whole process – that includes continuing to deliver on improved services, on infrastructure, and on new trains. We accept there is no silver bullet that will solve all the issues – that’s why it’s important that the Government also deliver a pipeline of significant investments in our railways as a matter of urgency.”