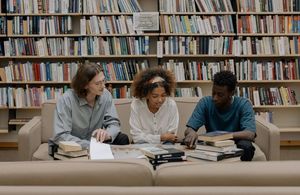 Young people in the north west have responded to a year of social distancing and lockdowns with co-operation, caring and community spirit, according to new research from Co-op’s charity, the Co-op Foundation.

Locked Down, Looking Out ¹ spoke to 2,000 10 to 25-year-olds UK-wide. Of those living in the north west, 71% said they were more likely to reach out to friends who they thought needed help, compared to the start of the pandemic.

In addition, half (50%) have tried to make their social media more positive over the past 12 months and a similar number (47%) have made friends through online hobbies. Two thirds (65%) also report feeling closer to friends and family.

Despite the positive findings, the region’s young people also reported real challenges over the past year. In total, 69% of 10 to 25-year-olds feel lonely at least occasionally while more than half (57%) say the problem is worse now than before last year’s first national lockdown.

Worryingly, half of young people in the north west (48%) also say they now feel less confident in real life social situations, suggesting extra support from both peers and adults may be needed to help them successfully navigate their way out of lockdown this year.

Co-op Foundation’s research is released as work begins on its 2021 Lonely Not Alone campaign, designed to tackle the stigma of youth loneliness.

Young people have co-designed Lonely Not Alone from the start. They use yellow socks as their symbol of solidarity and last year reached more than seven million through social media alone.

Sixteen volunteers aged 13 to 22 years old will get together on Zoom next month to plan out this year’s nationwide campaign, hoping to make it bigger and better than ever.

Alima, 19, is a student at Manchester Metropolitan University. She co-designed Lonely Not Alone last year and is returning to help again in 2021.

She said: “I am at a stage where I can acknowledge that I do often feel lonely, without being hard on myself. Being part of Lonely Not Alone has helped me to understand this.
“I can’t wait to start work on Lonely Not Alone again this year. It’s important that we look out for others when they need it most and help people to realise it’s okay if you feel lonely.”

Nick Crofts, Chief Executive of the Co-op Foundation, said: “Our ‘Locked Down, Looking Out’ research shows how important co-operation has been for young people over an incredibly challenging 12 months of lockdown, loneliness and isolation.

“Young people have reached out to others who need help and they’ve found new ways to build relationships while regular settings like schools and colleges have closed their doors. Lonely Not Alone will build on this spirit by bringing young people together to better understand loneliness and develop tools to support themselves and others. We’re excited about what our campaign can achieve this year alongside Co-op’s work to offer young people opportunities to develop new skills and make a difference in their community.”

Manchester based Hut Group to donate 3.5 million units of PPE to the health...