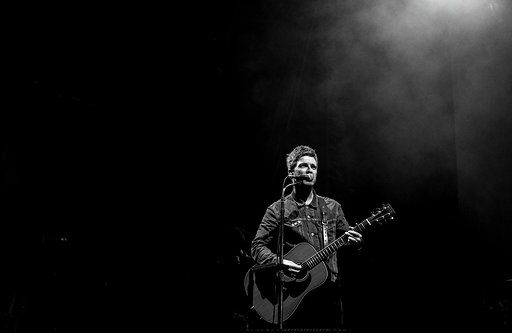 the Tackle4MCR Vincent Kompany Testimonial Dinner in February next year.

Tackle4MCR, an unprecedented campaign to tackle rough sleeping and led by Vincent Kompany and Mayor of Greater Manchester Andy Burnham, was launched earlier this year.

Since its inception several businesses have stepped forward to back the social movement.

Former Oasis star Gallagher will perform an exclusive semi-acoustic set with members of his band in front of 400 guests at the Testimonial Dinner at Hilton Manchester Deansgate Hotel on Monday, February 4.

It comes after Vincent Kompany and the Mayor of Greater Manchester Andy Burnham urged those ‘with a big heart for Manchester and the means to make a difference’ to become Gold or Platinum Partners of Tackle4MCR whilst launching the project in September.

Manchester City and Belgium captain Kompany, who has pledged to make use of the momentum generated by his Testimonial season at Manchester City to assist the Mayor with one of his top priorities, said: “As the Tackle4MCR project continues to move forward and grow we’re delighted to welcome Noel Gallagher to what will be a very important Testimonial Dinner.

“This event represents another opportunity to raise vital funds for Tackle4MCR. As I’ve said before, nobody should have to sleep rough on the streets of Greater Manchester, which is why funds raised by Tackle4MCR will go to the Mayor of Greater Manchester’s Homelessness Fund, and more specifically the recently launched ‘A Bed Every Night’ campaign.”

The Testimonial Dinner at the Hilton will also feature well-known hosts Gethin Jones, of Hits Radio and the BBC’s Hugh Ferris, plus Manchester Evening News as media partner.

The Dinner will feature a money can’t buy auction, silent auction and a raffle.

Businesses and individuals can still sign up to Tackle4MCR, a special fundraising vehicle set up in the form of a limited company for one year by Andy and Vincent. Those who do will follow a considered approach spanning the remaining length of the football season, incorporating a unique gala dinner, a participative city-wide #FootballFriday campaign, with an important awareness element around rough sleeping aimed at schools, culminating in a rare testimonial gala match at the Etihad Stadium following the close of the 2018/19 season and courtesy of Manchester City.

Every penny of Tackle4MCR charity funds will be managed by the Mayor of Greater Manchester’s Homelessness Fund. The Fund will utilise the money raised efficiently and transparently to support the ‘A Bed Every Night’ action plan.

Beever and Struthers gives back to communities by donating laptops and other supplies to...