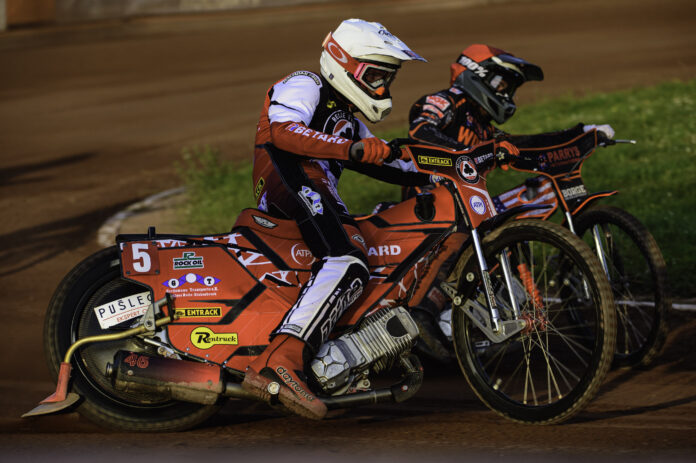 ANOTHER closely fought Premiership League battle with Wolverhampton ended with Belle Vue having to settle for second best this time around after going down 49-41 at Monmore Green.

The ATPI Aces were dealt an eleventh hour blow with the news that Brady Kurtz was forced to withdraw from the meeting due to illness, with Rider Replacement in effect at No.3.

It was clear that several of Manchester’s finest struggled with set-up, with Matej Zagar serving up an anomalous 5 points and Jye Etheridge uncharacteristically failing to score.

But substitute skipper Max Fricke produced an astonishing performance, inspiring his team mates with a 17+1 haul from seven rides on the night.

Fricke acknowledged his own inconsistencies in the past at Wolverhampton, and while delighted with his own score he was quick to praise the efforts of his side on a challenging night on the road.

He said: “Unfortunately it wasn’t meant to be tonight for us. A few of the boys were struggling a little bit and I think in places we definitely missed Brady.

“Hopefully he’s not feeling too rough and that he’ll be back on the bike soon, but we did our best to cover for him and the effort was there from everyone for sure.

“For myself, I know I can be a bit hit or miss here at Monmore Green so tonight was good for me in terms of seeing the progress I’ve made since we were last here.

“Wolves is a very specific track and their riders know it so well by this point. We started off ok but as the night went on home track knowledge definitely played to their advantage.

“A 4-2 in the last heat would’ve gotten us a point and I tried everything to get through but it just wasn’t to be, and we are disappointed, but we learned a lot so we’ll be back, stronger.”

Home Draw Means Work To Do