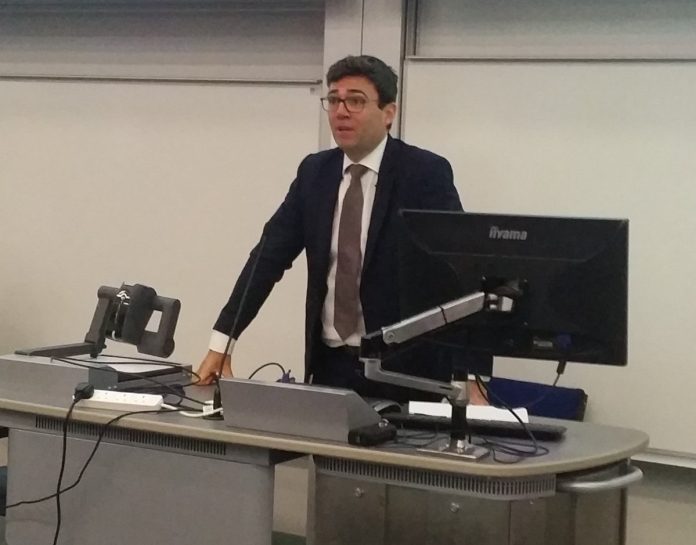 This new drive to improve school-readiness coming on the first day of the new school year as the Greater Manchester Combined Authority estimated that 12,000 Greater Manchester children will be starting Year One without the skills to learn.

In the speech at the University Of Manchester’s Public Health Festival, the Mayor made clear that this plan to boost the number of children who are ready for school will not be judgemental.

This approach will include dropping the phrase ‘Troubled Families’, often used by Government.

Burnham aims to take advantage of Greater Manchester’s devolved health and public services to work with parents, schools, social services, councils and other public bodies in an effort to cut year on year the numbers of children that arrive at school not ready to learn.

The Mayor has asked  all Greater Manchester public bodies, including primary and secondary schools, to sign a pledge to work together, to share information and resources, to improve rates of school-readiness.

“Today is the first day at school for about 35,000 children across Greater Manchester. It’s an exciting time as new friendships are forged and new surroundings are discovered.

“But for many, the first year at school is much harder than it is for others.

“Here in Greater Manchester, we want to do something about that. We will not build a more equal society until there is a level playing field at the start, with all kids arriving at school ready to learn and fulfil their potential.

“With the nature of our devolution deal, Greater Manchester has an opportunity to create a truly preventative system that provides world-class support to our young people growing up in an ever more fast-moving and challenging world. We intend to seize it.

“We will start by dropping the phrase “troubled families” from all of our discussions. The Greater Manchester approach will be non-judgemental.”

The speech also highlighted  issues around economic instability on young parents and the impact that low wages and ‘time poverty’ can have on families and a child’s development.

“The reality is that many young parents in Greater Manchester do not have a basic income that will allow them to feed their children properly, never mind buy books to help with early reading and go on days-out to local museums and other attractions.

“But the problem isn’t just lack of money. Many young parents today are “time-poor” too – doing two or even three insecure, part-time jobs. They simply cannot invest the same time at home as others in more secure employment. And some don’t have a network of family and friends to fill in the gaps.”

The focus on school-readiness will be a major part of the refreshed Greater Manchester Strategy, due to be launched later this year.

The strategy will outline the city-region’s five-year aim to exceed the national average for the proportion of children reaching a ‘good level of development’ at the end of reception.

The assessment of school-readiness is made using the ‘good level of development’ indicator that assesses a child’s personal, social and emotional development, physical development, communication skills and language.

The 2010 Marmot Review into health inequalities in England also made clear that children’s experience in the early years has lifelong effects on ‘obesity, heart disease and mental health, to educational achievement and economic status’.

As a writer Twitter’s #280characters make me wince