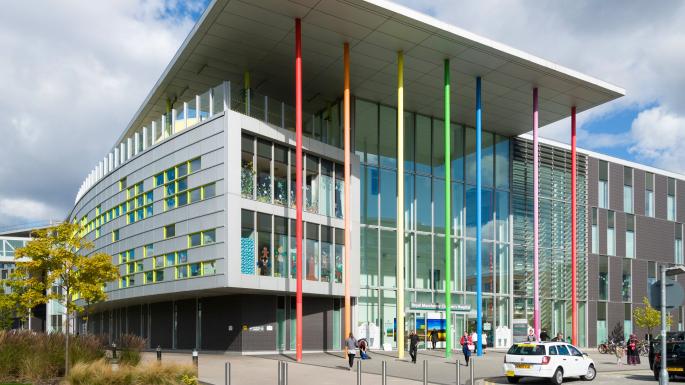 Pioneering brain surgery that allows children who are deaf to experience the sensation of hearing for the first time is being made routinely available, NHS England has announced.

The surgery is for children who are profoundly deaf, aged five or under, who are unable to use conventional hearing aids or implants because their inner ear (cochlea) or auditory nerve did not develop properly.

The national service is being led by neurosurgeon, Mr Scott Rutherford, from MFT, and Professor Dan Jiang, from Guys and St Thomas’ NHS Foundation Trust, who will work with a dedicated team of highly specialised surgeons, audiologists and speech and language therapists.

“A commitment by NHS England to fund the service for children will secure its future and allow more families to benefit from our clinical expertise.”

The highly complex procedure involves inserting a device directly into the brain to stimulate hearing pathways, bypassing the cochlea and auditory nerve that have not developed properly.

A few children have already been able to benefit from this pioneering surgery including four-year-old Theo Sankson, from Ormskirk, who has even started to speak after having the pioneering procedure.

Theo Sankson was diagnosed as being profoundly deaf as part of the newborn hearing screening programme. At eight months old it was discovered he didn’t have any auditory nerves, so he was not eligible for cochlear implants.

Theo was two when he had an ABI at Royal Manchester Children’s Hospital.

Theo’s mum Imelda said: “After discovering Theo couldn’t have a cochlear Implant, all we could think about was how would he hear a fire alarm, how could we protect him from danger?

“It’s now two years since Theo’s device was activated and he can hear me calling him from upstairs. His first word was “more” and his second was” mummy” – something I never thought I would hear. Every day he uses his voice more and more and now loves to try and sing.

“We are eternally grateful to the surgical and audiology teams in Manchester who have given our little boy the ability to hear and speak.”

It is estimated that about 15 children per year would be assessed for auditory brainstem implantation and that about nine would go on to have the surgery, which costs around £60,000 per patient.

Professor Stephen Powis, NHS medical director, said: “This truly life-changing surgery, which allows youngsters to hear their parents’ voices for the first time, will now be available across England for children who are deaf who have no other options.

“As we put the NHS Long Term Plan into practice, the health service will continue to make the very latest, innovative treatments, like this, available to patients across the country along with world class care.”

After the implant has been inserted, long-term support is crucial to help children learn to listen and understand new signals from their implant. This may be as simple as recognising their own name being called, but it may also involve understanding simple phrases.

“Manchester obesity levels on the rise, as it ranks 4th globally for highest number...