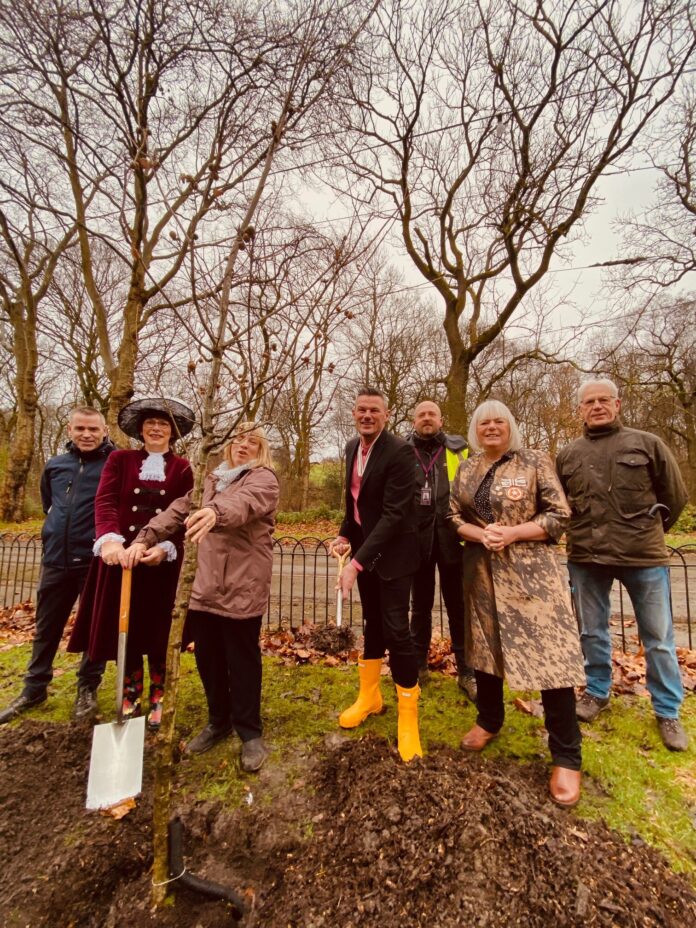 The second year of a two-year project to plant at least 2,000 trees across Manchester will get underway with its first plantings on Monday 13 December.

An avenue of 18 English oak trees will be planted in Heaton Park, on either side of the tram track near the Middleton Road entrance as the latest planting season for the £1m Tree Action MCR programme begins.

More than 1,000 trees were planted across Manchester in the first year in 15 wards identified as having the lowest tree cover with around 1,000 more set to be planted in the remainder of wards with suitable locations in the coming months, including four new community orchards.

The trees will contribute to the national Queen’s Green Canopy campaign, for which Greater Manchester is a champion city region, which is encouraging tree planting to mark the Queen’s platinum (70 year) jubilee on the throne in 2022.

There was a strong emphasis on street trees but locations also included parks and even cemeteries, where Covid-19 memorial ‘beacon’ trees were planted.

Tree species have been carefully chosen for their resilience to climate change, ability to store carbon and biodiversity benefits. As well as their visual appeal, they also help improve air quality.

The new oak avenue in Heaton Park will progressively replace the existing ash avenue, which has been hit by ash dieback, but more trees will be planted than are lost.

Climate change means we can no longer take the North’s water for granted, according...