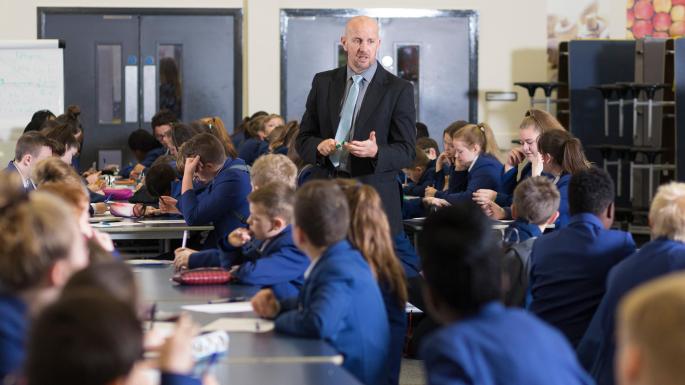 Salford Council have announced that a new interim head teacher has been put in place for Harrop Fold school from the start of the new academic year tomorrow.

The arrangements take place while the the school’s headteacher, Drew Povey who won plaudits as the school featured on Channel Four’s Educating Manchester, remains suspended.

Councillor Lisa Stone, lead member for children’s and young people’s services, Salford City Council, said: “We want to make sure pupils and staff at Harrop Fold get the very best support possible so they achieve their full potential.

“Mr Owen has more than 25 years of experience in education, an excellent track record, and a wealth of expertise, and will work with staff, pupils and parents to provide stability for the school.

“The ongoing governors’ investigation is detailed and complex and has to be done fully and fairly. It is in no-one’s interests to rush it through.”

Mr Owen, who has more than 25 years’ experience working in some of the most deprived areas of the country, joined Greater Manchester Learning Trust from Manchester Health Academy, which he took from serious weaknesses to being judged good by Ofsted within 18 months.

He said: “I look forward to working with staff, pupils and parents at Harrop Fold which has an excellent reputation as a very friendly and welcoming school.”