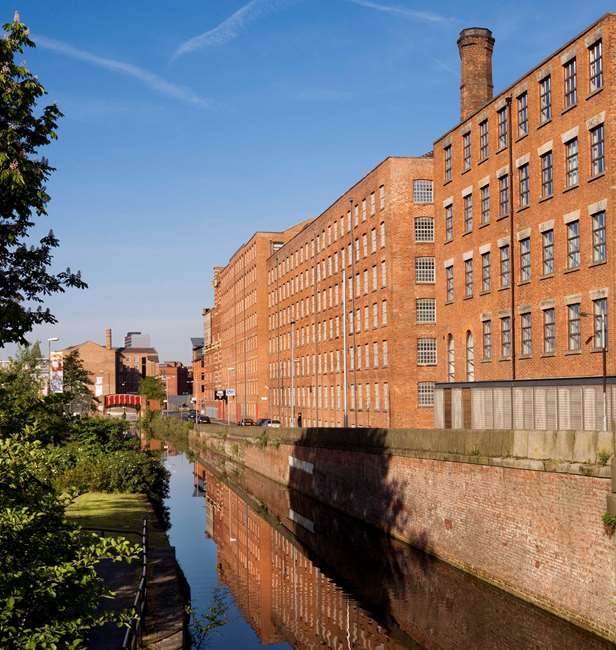 England’s textile mills, once the workshop of the world, were the original Northern Powerhouse. They define the landscape of the North of England, yet hundreds of historic mill buildings stand empty and neglected.

A new report published today reveals that Greater Manchester alone has lost almost half of its mills since the 1980s.

Historic England and YouGov asked the public for their opinions and found that 90% of adults in England believe that historic mills are an important part of the country’s heritage, story and character and 85% do not want to see historic mills demolished and replaced.

Also published today is a study, commissioned by Historic England, which explores viable new uses for old mills across the North West.

“With their ability to accommodate wonderful homes, workplaces and cultural spaces, our historic mill buildings deserve a future and should not be destroyed. They helped make us who we are in the north of England and have a profound impact on the physical and cultural landscape.

“Mills have so much to offer in terms of space, character and identity. By shining a light on successful regeneration projects, we hope to inspire others to recognise the potential of our former industrial buildings and start a conversation about their future.”

A report by the University of Salford, funded by Historic England, has today revealed that nearly half of Greater Manchester’s historic mills (45%) have been destroyed since the 1980s. Salford is the borough which has lost the most, with 66% lost over the last 30 years.

There is calculated to be 1,996,597 square metres of vacant floor space in textile mills across Greater Manchester and Lancashire – equivalent to 25,000 new homes. Historic England believes that mills can and should accommodate the North West’s growth needs. Mill buildings are also distinctive, character-filled places which offer a connection between past and future generations.

Andy Burnham, Greater Manchester Mayor, said: “It’s a real shame that half of Greater Manchester’s historic mills have been lost. These buildings are an important part of our industrial legacy – the original Northern Powerhouse. But equally they are an important part of our future, whether that’s creating new jobs for local people by investing in the industries of the future, providing much-needed affordable housing, or transforming these unique spaces into cultural destinations. I fully support Historic England’s plea to ensure our remaining mills have a key place in the developing fabric of our region.”

“The historic textile mill is the iconic symbol of the region’s rich industrial heritage. It epitomises the successful introduction of the factory-based system for the production of textile goods, which from the late 18th century transformed the Greater Manchester area into one of the world’s leading manufacturing centres.”

In 2016 Historic England commissioned the University of Salford to review the survival of mills in Greater Manchester to update a previous survey of the late 1980s. It was found that in the last 25 years there has been a loss of 45% of historic textile mills. The condition of the surviving 540 mills is variable, with 20% considered to be at high risk of complete loss and a further 28% vulnerable to change or loss. However, just over half of surviving mills are in good order and make a positive contribution to the economy. 90 of the most significant mills have been given statutory protection as listed buildings.”

Chamber Reacts to Greater Manchester Being Placed In Tier Three