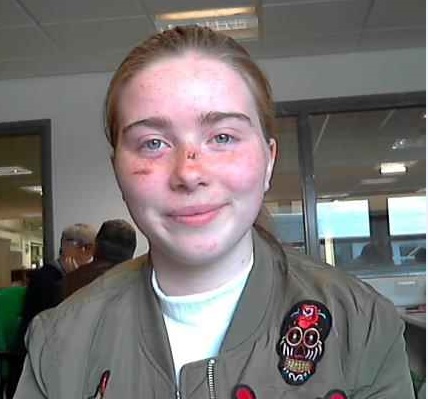 Police searching for missing 17 year-old Chloe Campbell have released a new picture in the hope that someone may have seen her.

Chloe has been missing since the afternoon of Thursday 7th September and was last sighted on Yorkshire Street in Rochdale town centre on the morning of Saturday 9 September.

Despite the best efforts of officers, they have been unable to find her so far and are appealing to the public for help.

Chloe is described as white, approximately 5ft 3in tall and of slim build with long brown hair and blue eyes. She was last seen wearing a black leather-style jacket with fur around the collar, dark ripped jeans and tan ankle boots.

It is believed she may be with a man who is described as white, in his 30s and has dark hair.

She has links to the Falinge area of Rochdale, Bury, Ramsbottom and Blackpool.

Police are keen to speak to anyone who may have seen Chloe or has information about where she may be.

Anybody with information should contact police on 101 quoting incident number 1480 of 7 September.