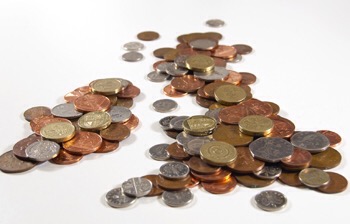 The future of local authority services is under threat from a growing funding crisis, with significant cuts already being made to statutory adult care and children’s services, according to new analysis published today by the TUC and the Manchester based Centre for Local Economic Strategies (CLES).

The report Austerity Uncovered, which was commissioned by the TUC, looks at the impact of austerity, focusing on how changes in publicly-funded services affect both people and places across the country, now and in years to come.

Amongst its finding It found that changes to the government’s deficit reduction programme since it was first announced in June 2010 meanthat we are now only half way through a nine year programme of austerity, when we should have been three quarters of the way through a six year programme.

The government’s original proposals expected austerity to amount to 6.7 per cent of GDP. This is now expected to reach 10.3 per cent, increasing in cash terms from £120bn to £210bn.

These include a marked move away from the principle of universal services, with increased use of rationing, targeting and thresholds; significant cutbacks in adult care, particularly home care; and increasing levels of outsourcing of services in some cases.

However, there were also significant differences in approach taken by councils in response to the cuts, with some examples of local authorities working with unions, other partners and communities in order to protect services and inform spending decisions.

“Adult social care is in crisis and children’s services are under increasing attack. With cuts on this scale it will be impossible to protect local services. The tragedy is that the cuts have been disproportionate – those local authorities with the greatest need have been the worst hit.”

The report makes a number of recommendations on how to mitigate the impact of austerity. These include: a needs-based approach to funding settlements that take into account places with higher levels of social and economic deprivation; further devolution of resources and decision-making powers at the local level; develop a long-term plan for increasing funding for adult social care; a high-level commitment to improve child wellbeing and reduce inequalities; more intelligent commissioning of services that promote the living wage and reduce the use of zero-hours contracts; and more collaboration with public service unions and community groups to encourage local strategies and solutions.

CLES Chief Executive Neil McInroy said: “This report outlines the wide range of impacts on people and communities. The scale and depth of the austerity cuts are harming both our present and future.

“We need to get the priorities right and appreciate that austerity means people’s needs are no longer being met like they should be. Without considered decisions based on the needs of people and places, now and into the future, we risk causing irreversible damage.”

Three in 5 people taking money out of their pension have no plans for...