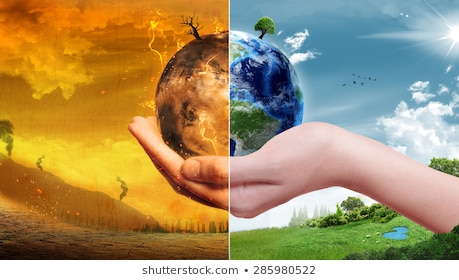 Latest predictions from the Met Office suggest that Earth’s global average temperature is likely to reach record warmth during the five-year period 2020-2024.

The current warmest year on record is 2016, but the latest forecast based on Met Office computer models suggest a new annual record is likely within the next five years.

Considering the coming five-year period as a whole, average temperatures are expected to be between 1.15 °C and 1.46 °C above pre-industrial levels.

This compares to the last five years which showed average warming of 1.09 °C, and was the warmest five-year period on record.

These temperatures are consistent with continued high levels of atmospheric greenhouse gases.

”The latest five-year forecast suggests continued warming, consistent with sustained high levels of greenhouse gases. Uncertainties exist within the forecast, but most regions are expected to be warmer and forecast patterns suggest enhanced warming over land, especially northern parts of Europe, Asia and North America – extending the ongoing trend.”

Current relatively cool conditions in the north Atlantic are also predicted to warm, potentially exacerbating the warming over Europe.

Although the forecast suggests a likely increase in global average temperature over the next five-years, the authors estimate the chance of any single year exceeding 1.5 °C – relative to the pre-industrial period – to be less than 10 per cent.

“A temporary exceedance of 1.5 °C doesn’t mean that the Paris Agreement will be breached. The IPCC’s recommendation of keeping global temperature below a 1.5 °C rise refers to a long-term average rather than an individual year. However, with our forecast showing a further warming trend, the window of opportunity continues to narrow.”

Limiting global warming to 1.5°C above pre-industrial levels will still be catastrophic for coral...