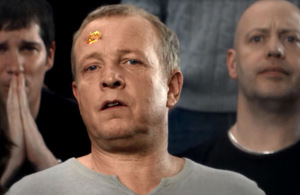 In England, one in six people will have a stroke in their lifetime, and new statistics released by Public Health England show that 57,000 people had their first-time stroke in 2016. It is estimated that around 30% of people who have a stroke will go on to experience another stroke.

Stroke is the third most common cause of premature death, and a leading cause of disability in the UK. There are around 32,000 stroke-related deaths in England each year. Deaths related to stroke have declined by 49% in the past 15 years.

This has been accredited to a combination of better prevention, earlier treatment and more advanced treatment. Getting an NHS Health Check, for those aged 40 to 74 years, can identify early if you are at risk of a stroke.

While the majority (59%) of strokes occur in the older generation, PHE’s figures also found that over a third (38%) of first time strokes happen in middle-aged adults (between the ages of 40 to 69).

More first-time strokes are now occurring at an earlier age compared to a decade ago. The average age for males having a stroke fell from 71 to 68 years and for females, 75 to 73 years between 2007 and 2016.

The Stroke Association’s latest State of the Nation report reveals that in the UK almost two thirds (65%) of stroke survivors leave hospital with a disability. Around three quarters of stroke survivors have arm or leg weakness, around 60% have visual problems and around a half have difficulty swallowing and loss of bladder control. Communication is also affected in around a third of stroke survivors.

“Stroke is still one of the leading causes of death in England. While it’s often associated with older people, the latest research shows that people are having strokes at a younger age. Everyone needs to be aware of the signs.Calling 999 as soon as you see even one of the symptoms develop – in the face, arms and speech – is essential. Speedy treatment will help prevent deaths and disability.”

Public Health England (PHE) today launches the Act FAST stroke campaignwhich urges the public to call 999 if they notice even one of the signs of a stroke in themselves, or in others:

COVID isolation period to be reduced from ten to seven days