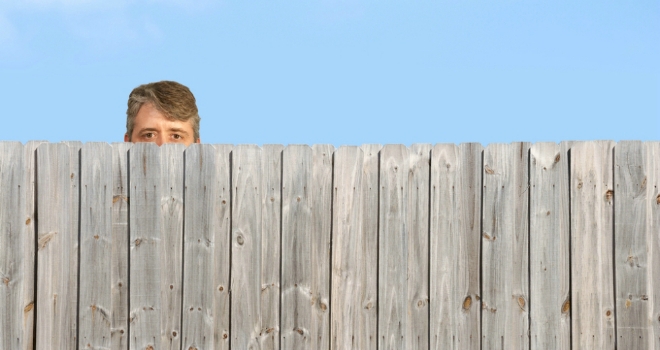 The joint report, ’A Neighbourly Nation: Through the Keyhole’ , also reveals that that it’s not all quiet on the home front. Although 98% of people think they’re good neighbours with almost a third (30%) saying they get on better with neighbours now than they did five years ago, two in five Brits (45%) have had a disagreement with their neighbours.

The study shows homeowners and renters approaching neighbourly disputes differently, with homeowners admitting to complaining to their neighbour (16%) twice as much as renters (8%).

More than a quarter of UK homeowners and renters have had a party and played loud music after 11pm (28%), with common causes of neighbourly disputes including noise (10%), parking (9%), music (8%) and barking dogs (8%).
Over one in ten (13%) renters think they’re a bad neighbour because they play loud music, compared to just 3% of homeowners.

Neighbourly behaviours
– 63% have taken in parcels
– 54% have dropped off deliveries
– 51% say they are quiet and courteous
– 49% keep an eye on the property
– 38% think they are not nosey; the same amount are courteous where they park their car
– 31% of UK homeowners and renters would go outside to check all was okay if they heard an alarm
– 26% of people would look out of the window to see which house or car an alarm was coming from

While communities are looking out for each other by doing the day-to-day things, the report suggests more can be done to strengthen meaningful relationships that form the foundations of a close-knit community. Only one in seven people (15%) have invited their neighbours over to their home and almost a quarter (24%), think they’re a good neighbour because they keep themselves to themselves.

“It’s wonderful to see that so many people are helping their neighbours out on a daily basis and many consider themselves to be friends, but perhaps there is more we could do to really get to know the people living nearby.

“Increasingly we all lead busier lives, and while often we think we are being good neighbours, how well do we really know our neighbours? For those who want to, taking a little extra time to build meaningful relationships with those around us, can help to strengthen our communities and make them safer places to live.”

Pooches get their own dog friendly sleepover