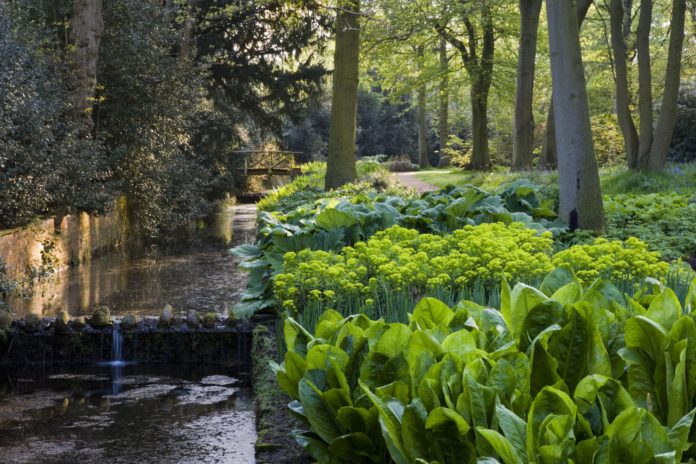 The National Trust has unveiled one of the UK’s biggest woodland expansion and tree planting projects in an ambitious plan to become carbon net zero by 2030 as the charity celebrates its 125th anniversary.

In a landmark speech to mark the milestone, the National Trust’s Director General Hilary McGrady has announced a series of new initiatives including 20 million new trees in ten years as part of the charity’s plan to step up the battle against climate change.

Locking up carbon by maintaining precious peat bogs, investing in renewable energy and reducing the Trust’s carbon footprint are among the measures to hit the net zero target.

Plans to unlock green spaces near urban areas, a year-long campaign to inspire people to engage with nature and address a ‘worrying disconnect’, as well as new plans for culture and heritage programmes have also been announced.

The charity has vowed to continue work to reverse the decline in nature through a range of projects, including helping clean up the nation’s rivers and waterways, reintroduce species and repurpose land in favour of woodland and carbon sequestration.

Hilary McGrady said: “It’s our 125th year and the National Trust has always been here for the benefit of everyone. That is why we are making these ambitious announcements in response to what is needed from our institution today.

“As Europe’s biggest conservation charity, we have a responsibility to do everything we can to fight climate change, which poses the biggest threat to the places, nature and collections we care for.

“People need nature now more than ever. If they connect with it then they look after it. And working together is the only way we can reverse the decline in wildlife and the challenges we face due to climate change.”

More than 18,000 hectares of woodland – an area equivalent to one and a half times the size of Manchester or 42 Sherwood Forests – will be strategically established across the nation to lock up 300,000 tonnes of carbon – equivalent to the energy output of 37,000 homes a year.

Research has shown that people who walk through woodland are more likely to have increased mental wellbeing and physical health, which is why the charity is keen to boost public access.

This will mean that 17 per cent of land the charity cares for will be covered in woodland – an increase from the current 10 per cent. 17 per cent is the figure required nationwide if the government is to hit its own net zero target by 2050.

And today the National Trust called on the government to step up its commitment to increasing woodland cover, after it emerged the UK is lagging behind its own tree planting target.

McGrady added: “By cutting our own emissions and storing more carbon, the National Trust will achieve net zero carbon emissions by 2030.

“The independent panel, the Committee on Climate Change, commissioned by the government, recommended the creation of woodland as an important part of the changes to land use needed to mitigate against the nature crisis.

“Woodlands help with flood prevention, they provide habitat for all sorts of nature and wildlife, and they are the backdrop to the adventures of future generations.”

She added: “The new government needs to deliver an Environment Bill with ambitious targets and a properly independent watchdog.

“Because we can only do so much alone. Now, more than ever, the whole environmental movement needs to pull together.

Populations of the UK’s most important wildlife have plummeted by an average of 41 per cent since 1970, according to October’s State of Nature report.

The Trust has undertaken several reintroduction schemes recently, including water voles, butterflies and harvest mice as well as protecting some of the nation’s most treasured native wildlife including red squirrels, puffins and bats.

And this year the conservation charity will build on this by introducing beavers to Somerset and the South Downs.

McGrady expressed concern at the disconnection between people and nature when evidence shows people’s connection to the natural world is an important predictor of their health and wellbeing, as well as their willingness to act to care for the natural environment.

According to research carried out by the National Trust that will be released later this year, two thirds of Britons say they never or almost never listen to birdsong and less than a third say they stop to watch clouds or bees.

“We have depleted the resource that underpins our health and our happiness,” she added.

“For years the National Trust – its staff and volunteers – have been working to preserve and protect, to look after species in decline; to reintroduce species that we know are integral to caring for the natural world.

“Our next chapter will be about scaling this up.

“It will also be about helping millions of people to reconnect with nature and galvanising them to fight with determination and care, to save our common treasures.”

A year-long campaign to inspire and connect people to their natural environment to help face down the nature crisis is also being launched by the charity today.

“We have a year of activity planned from tree planting, river and beach cleaning, events that track the dawn across our places, birdwatching, picnics in the wild, cloud watching, painting, writing, creating wild art, foraging for food, walking, cycling, yoga and dancing in the great outdoors.

“And a celebration of Britain’s very own blossom season.”