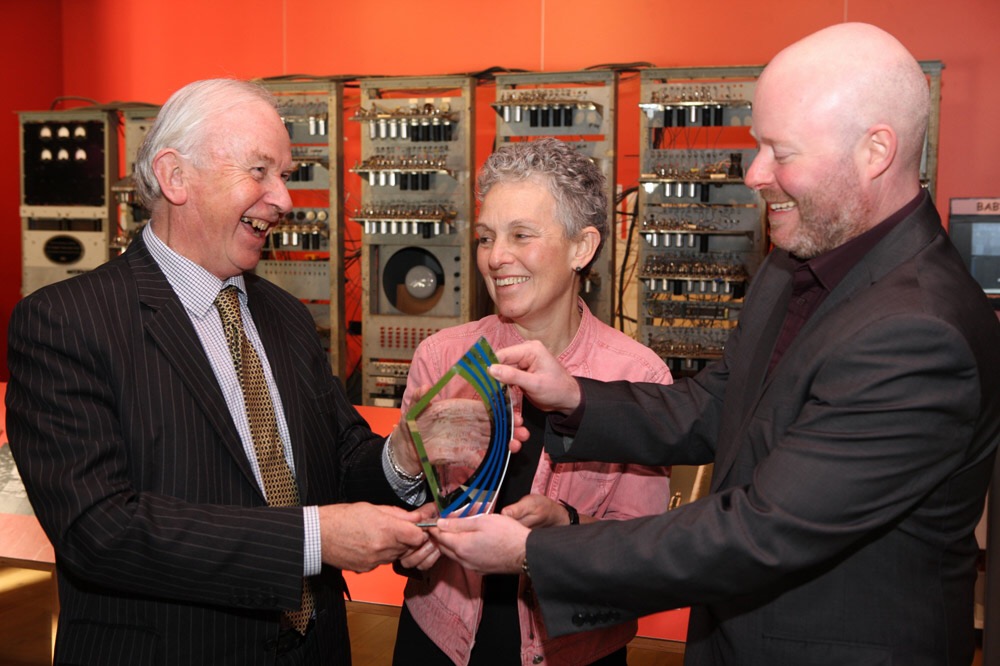 The Museum of Science and Industry has won the prestigious Lever Prize 2016 for a joint project with FACT (Foundation for Art and Creative Technology), exploring the interaction between arts and science.
Now entering its eleventh year, the Lever Prize is judged by the North West Business Leadership Team (NWBLT) in partnership with Arts & Business. The prize includes £10,000 cash and the opportunity of collaborating with some of the region’s most influential business leaders.

The Lever Prize is an annual award given to arts organisations in North West England who are judged to be regionally distinctive with international or potentially international significance, and who show a high calibre existing work and can demonstrate exciting future developments.

The collaboration between Museum of Science and Industry and FACT will have an educational focus, and provide both formal and informal learning opportunities for young people, exploring physical and digital making, and the interaction between arts and science.

The project will build on FACT’s existing work with Minecraft that has been carried out in FACTLab, FACT’s workshop space for Research & Innovation. FACTLab was launched in June 2015 in partnership with Liverpool School of Art and Design at LJMU, and invites visitors to try out new technologies and work with artists and creative technologist. New Minecraft content will be developed, tailored to Museum of Science and Industry and its objects, artefacts and themes, and integrated into Museum of Science and Industry’s events and schools programmes in order to access new audiences and partners.

Sally MacDonald, director at the Museum of Science and Industry commented “We are delighted to have won the 2016 Lever Prize and to be sharing the honour and the opportunity with FACT. Working together at our annual MakeFest event, we want to focus on developing innovation and making in the North West, which is still the largest manufacturing region in the UK. We want to foster a wide range of making skills from traditional crafts to digital innovation and FACT bring a real expertise in creative coding. And we’re thrilled to have the chance to work with NWBLT, which includes some of the region’s key business innovators.”

Jo Wright, executive director, FACT (Foundation for Art and Creative Technology) added “I am very proud that the Lever Prize panel has chosen to recognise the potential of FACTLab by awarding the Museum of Science and Industry and FACT this prestigious award. Collaboration is central to FACT’s practice, and we are very happy about this opportunity to work together going forward. Moreover, our partnership with Museum of Science and Industry fits well in the context of FACT’s vision, which in 2016 specifically places a major focus on art and science.”

“We are very much looking forward to working with the Museum of Science and Industry and FACT. It will be great to see two arts organisations from Manchester and Liverpool coming together and working in collaboration with one another and with leading North West businesses. I am sure we will all learn a lot from each other over the coming year” said Geoffrey Piper, chief executive, NWBLT.