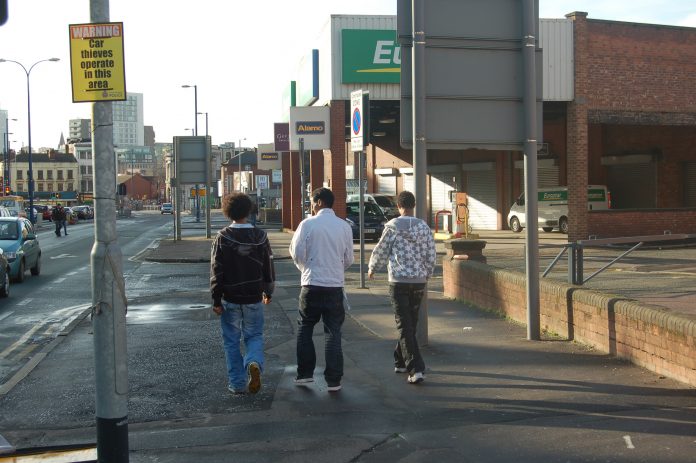 End Child Poverty coalition calls for an end to the freeze on children’s benefits as new figures released today show that there are some constituencies in the UK today where more than half of children are growing up in poverty.

The new figures reveal that there are now constituencies within the UK where more than half of children are growing up in poverty – compared to one in ten, in the areas with the lowest child poverty rates.

The research was carried out on behalf of End Child Poverty by the Centre for Research in Social Policy at Loughborough University, led by Professor Donald Hirsch.

The figures also show that some of the most deprived areas of the UK have seen the biggest increases in child poverty since the coalition’s last local child poverty figures for December 2015. Increases of 10 percentage points in some areas demonstrate the growing crisis of child poverty in the UK.

As price rises risk pushing ever larger numbers of children below the poverty line, the coalition is calling on the Chancellor to end the freeze on children’s benefits – currently in place until the end of the decade – so that families no longer see living standards squeezed as prices rise.

The local child poverty estimates are broken down by parliamentary constituency, local authority and ward. Child poverty is the highest in large cities, particularly in London, Birmingham and Manchester.  Among the twenty parliamentary constituencies with the highest levels of childhood poverty, seven are located in London, three in Birmingham, and three in Manchester.

Since the introduction of the benefit freeze, the coalition of charities, faith groups and unions has warned that as prices rise, low income families would find it increasingly hard to pay for the same basic essentials.

‘It is scandalous that a child born in some parts of the UK now has a greater chance of growing up in poverty, than being in a family above the breadline’, said Sam Royston, Chair of End Child Poverty and Director of Policy and Research at the Children’s Society. ‘There can be little doubt that the Government’s policy of maintaining the benefits freeze despite rising prices is a major contributor to the emerging child poverty crisis.’

The coalition is also concerned that the impact of poverty may be exacerbated by a poverty premium – which means that low income families can face paying as much as £1700 per year more than better off families, to buy the same essential goods and services. A major contributor to this is the high cost of credit for low income families, and the coalition wants to see the Government address this by providing better access to interest free credit.

Sam Royston said ‘No family in modern Britain should be struggling to put food on the table, heat their homes and clothe their children.  End Child Poverty is calling on the Chancellor to end the freeze on children’s benefits, and to invest in interest free credit for low income families, to ensure that poverty doesn’t result in spiralling debt.’