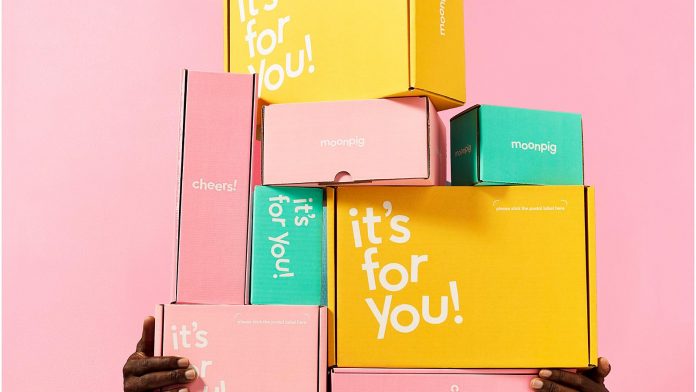 Moonpig, the UK’s leading online cards, gifts & flowers retailer is opening its first ever ‘Tech Hub’ in Manchester, creating fifty new technology jobs across Manchester and London, as part of a multi-million pound investment to unlock the next phase of its ambitious growth plans.

The new office opens at No. 1 Spinningfields on 1st November and will lead the development and rollout of a new world-class ecommerce, data and personalisation platform for Moonpig.

The project will be led by Peter Donlon, Chief Technology Officer at Moonpig.

“Moonpig produces over 15 million completely one-off items for customers every year, each one uniquely personal to the sender and receiver, and powered by our ‘emotionally intelligent’ technology”said Donlon.

“We’re seeking the best engineering talent out there to turbo-charge the Moonpig business going forward.  We selected Manchester for its thriving tech scene and wealth of exceptional talent” stated Donlon, who grew up in the north-west and graduated from University in Manchester.

Mark Evans, previously of Nested.com and Sainsbury’s has been appointed to lead the new office as Head of Engineering.

Since being founded in 2000, Moonpig has helped customers celebrate over 120 million special moments across the UK through its personalised cards, gifts and flowers.

The news comes on the back of the appointment of Nickyl Raithatha as Moonpig’s new MD in July and the move into its new award-winning Farringdon HQ in London.