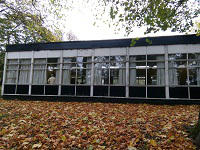 Plans to keep a Salford community hub open have been agreed between Salford City Council, the committee of Boddan Lodge, Monton and the trustees of Monton Unitarian church. .

Salford City Council, which leases Boddan Lodge from Monton Unitarian church and pays most of the £18,500 a year running costs, had considered terminating the lease by the end of this year because of budget cuts.

Now it has agreed a three year extension to give the group time to draw up a new business plan, diversify its membership, apply for further funding and get into a secure financial position. After three years the group will take on the lease with the church.

Councillor David Lancaster, lead member for environment and community safety, said he was delighted with the agreement.

“No-one wanted to see the group close because we all recognise the valuable work they do in keeping people active and involved in their community,” he said.

“I met with the group to explain that but also to make clear that the council has lost 51% of its core government funding over the last 10 years. Local ward councillors have also worked with the group to suggest a way forward that would allow the Lodge to stay open without cost to the council.

“I am pleased that we have reached an agreement for the next three years. The council will maintain the lease but the group will contribute more towards the running costs of this building through opening it up to a wider range of community groups, slightly increasing its membership fees and seeking funding from other sources. I am also grateful to Monton Unitarian church for reducing the rent to help the group.”