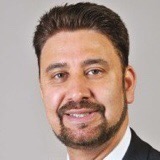 North West MEP and former City Councillor  Afzal Khan, has been selected as the Labour Party candidates for the Manchester Gorton by-election.

Khan came to the UK aged 11. He left school with no qualifications and worked as a labourer in a mill before returning to education.

He then spent three years as a police officer with Greater Manchester Police before going on to study law and qualifying as a solicitor.

He became a councillor in 2000, holding several senior positions on Manchester city council, including lead member for racial equality and assistant executive member for finance.

In 2005, Afzal became Manchester’s youngest, and first Asian, Lord Mayor, and was awarded ‘Mayor of the Year’ by the Co-operative Bank.

He was also awarded a CBE in 2008 for services to community and interfaith relations and to local government.